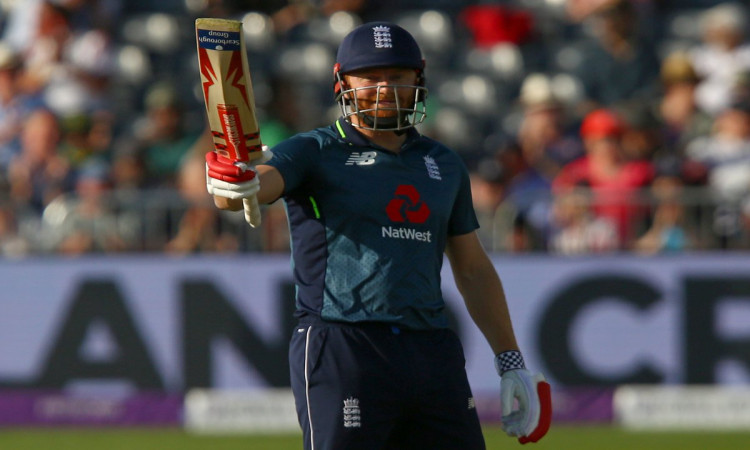 Bristol, May 15 (CRICKETNMORE):  A blistering century by wicketkeeper-batsman Jonny Bairstow helped England defeat Pakistan by six wickets in the third ODI here at the County Ground.

Chasing 359 on Tuesday, England hardly had to break any sweat as Bairstow scored a commanding 128, helping his side reach the target with more than five overs to spare. Bairstow's hundred came off 74 balls. It was his fourth-quickest in ODIs.

He was well supported by Jason Roy, who scored 76 off 55 balls, and the duo stitched a 159-run opening partnership in 18 overs.

Other noticeable contributions came from Joe Root, who made 43, and Moeen Ali, who remained not out at 46, alongside skipper Eoin Morgan (17*).

Earlier put into bat, Pakistan rode on brilliant 151 from opener Imam-ul-Haq as they posted 358/9 in their stipulated quota of 50 overs. Imam surpassed his previous ODI best of 128 which came against Zimbabwe at Bulawayo last year. The 23-year-old's innings was the highest individual score by a Pakistan batsman against England in an ODI, surpassing the 138 made by Fakhar Zaman at Southampton. Asif Ali also scored a brisk half century, collecting 52 runs from 43 balls.

Chris Woakes was the pick of the bowler for England who bolstered his chances of being included in final 15-member squad for the World Cup as he scalped four wickets for 67 runs in his 10 overs.

England without the services of Jos Buttler chased down the challenging target with such simplicity and ease that it showed how the nature of ODI cricket has evolved and also how the hosts own fortunes have reversed since the 2015 World Cup.

This was the second highest run chase by England in ODIs. The hosts are now 2-0 up in the five match rubber. The best Pakistan can do now is level the series by winning both the remaining matches.

The two teams will now face each other in Nottingham on Friday.