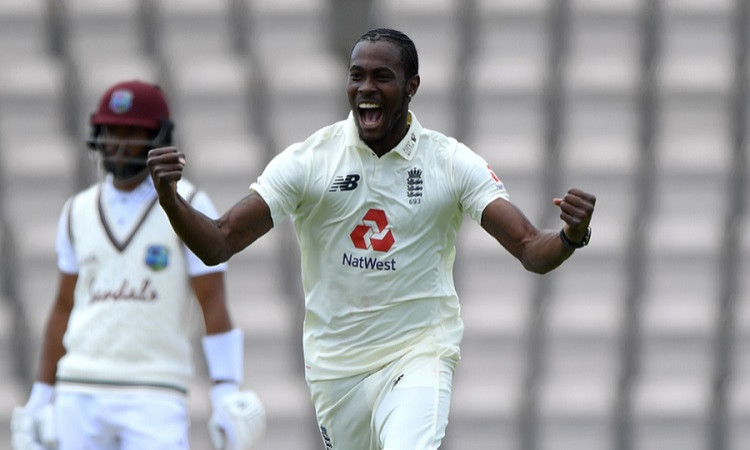 Manchester, July 21:  Fast-bowler Jofra Archer was on Tuesday cleared to rejoin the England squad for the third #raisethebat Test against West Indies after his second COVID-19 test came out to be negative.

Archer was left out of the second Test in Manchester after it was revealed he had broken the bio-secure bubble protocol following the end of Southampton Test. He had gone under mandatory self-isolation for five days.

According to ESPNcricinfo, Archer was under quarantine at Old Trafford for the entire duration of the second Test and he underwent two COVID-19 tests, both of which came out to be negative.

The fast bolwer had recieved criticism from all corners following his gaffe and had issued an apology for his actions that saw him sit out of the crucial second Test.

"I am extremely sorry for what I have done," Archer had said. "I have put, not only myself, but the whole team and management in danger. I fully accept the consequences of my actions, and I want to sincerely apologise to everyone in the bio-secure bubble.

"It deeply pains me to be missing the Test match, especially with the series poised. I feel like I have let both teams down, and again I am sorry," he added.

Archer will now be available for selection for the third and final Test of the series which is scheduled to be played at Old Trafford starting Friday.

The three-Test series is evenly poised after West Indies won the first match in Southampton by four wickets and England levelled the series with a 113-run win in the second Test.

West Indies need just a draw in the third Test to retain the Wisden Trophy as they had won the last series in Caribbean Islands. As for the hosts, only a win will help them secure the title.