Jofra Archer ruled out of IPL with stress fracture 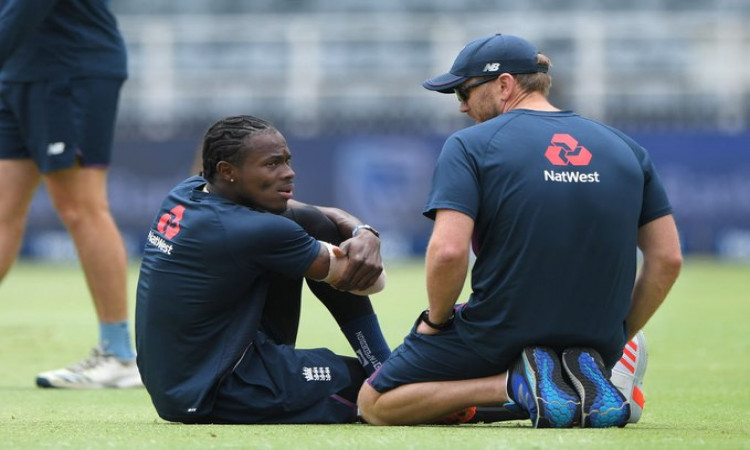 London, Feb 6:  England fast bowler Jofra Archer has been ruled out of England's Test tour of Sri Lanka and the upcoming edition of the Indian Premier League (IPL) which begins on March 28.

Archer sustained a bone stress injury to his right elbow following England's opening Test against South Africa at Centurion last month and was ruled out of the final three matches of the four-match series which Joe Root's team won 3-1.

He underwent further scans on his injured right elbow on Wednesday in the UK which confirmed a low grade stress fracture, stated England and Wales Cricket Board (ECB) in a statement.

"He will now commence an injury rehabilitation program with the ECB medical team with a view to be ready for the international summer campaign starting in June against the West Indies in a three-match Test series," it added.

England are scheduled to travel to Sri Lanka to play a two-Test series beginning March 19.

The 25-year-old fast bowler played 11 matches for Rajasthan Royals last season and scalped 11 wickets. In 2018, he had played 10 matches where he picked up 15 wickets.