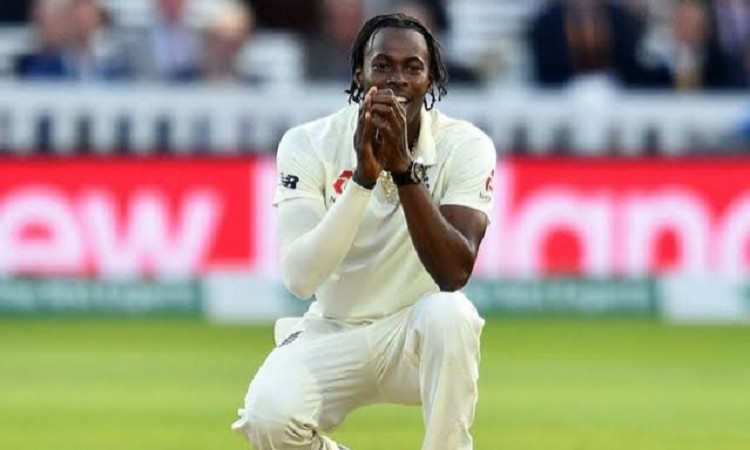 Manchester, July 22:  England fast-bowler Jofra Archer has revealed he was subjected to online racial abuse while he was under mandatory self-isolation for breaking the bio-secure bubble after the first Test against West Indies in Southampton.

Archer was left out of the second Test in Manchester after it was revealed he had broken the bio-secure bubble protocol following the end of Southampton Test. He had gone under mandatory self-isolation for five days.

"Over the last few days, I have unfollowed and muted a lot of social media profiles to get away from it. I won't be going back on it. I find it unnecessary noise. Take two wickets and everyone is back on the bandwagon again. It's a fickle, fickle world we live in," Archer wrote in his column for the Daily Mail.

"Some of the abuse I have taken over the past few days on Instagram has been racist and I have decided that enough is enough.

"Since Wilfried Zaha, the Crystal Palace footballer, was abused by a 12-year-old online I drew a line and I will not allow anything to pass, so I have forwarded on my complaints to the ECB and that will go through the correct process," he added.

Following the second negative COVID-19 test, Archer was allowed to rejoin the squad for the final Test of the series, which remains poised at 1-1. Archer revealed speaking to all-rounder Ben Stokes, and how the latter helped him with dealing with outside noise.

"I spoke briefly to the doctor about how I'm feeling and also to Ben Stokes on Monday night. Ben tried to advise me on how to deal with being in the spotlight of international sport," Archer said.

"He vowed to back me and support me. Now, I need to be 100 per cent mentally right so that I can throw myself into my cricket this week.

"There is a series to win, and after the win in the second match it's there for the taking. We have got amazing depth in the squad, especially now no one is injured, so many options and therefore to do justice to myself and the rest of my team-mates I have to be ready when called upon.

"We have the firepower to win the match and achieve what we set out to," he added.

The third and final Test will begin on Friday at the Old Trafford.