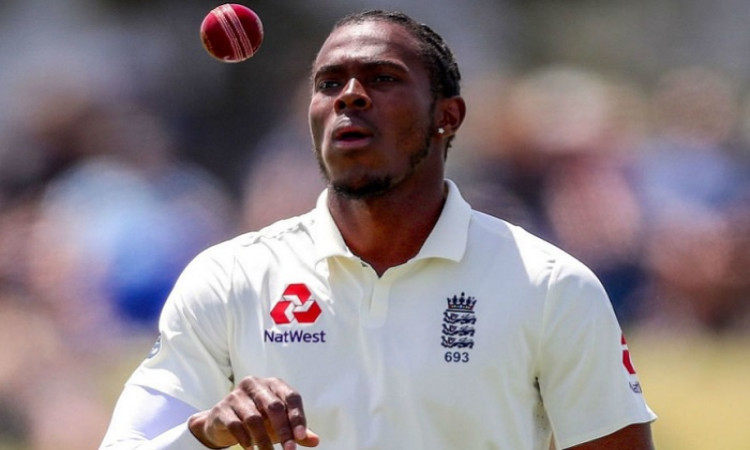 Wellington, Jan 14:  The spectator responsible for racially abusing fast bowler Jofra Archer during England's last year tour to New Zealand has been banned from attending international and domestic fixtures in the country for two years.

Archer was the target of racial abuse on the final day of the first Test between England and New Zealand at the Bay Oval in November, leading to a complaint being made with Tauranga Police. He heard the comments as he left the field following his dismissal towards the end of England's innings-and-65-run defeat.

The fast bowler had taken to social media to report about the incident. "A bit disturbing hearing racial insults today whilst battling to help save my team. The crowd has been amazing this week except for that one guy. The Barmy Army was good as usual," he had tweeted.

As a result of their inquiries, police spoke to a 28-year-old Auckland man, who subsequently admitted responsibility for the abuse. He was issued a verbal warning for using insulting language, said New Zealand Cricket (NZC).

He has been from all international and domestic fixtures in New Zealand until 2022.

NZC spokesman Anthony Crummy said if the man breached the conditions of his ban and attended a fixture he would be removed from the venue and could become subject to further police action.

"We'd again like to extend our apologies to Jofra and the England team management for such an unsavoury incident and reiterate once more that this type of behaviour is completely unacceptable," said Crummy.

However, the identity of the offender, nor information that might lead to his identification, has been revealed by the cricket board.

Pat Cummins throws weight behind IPL in October if T20…

It was not the West Indian way: Curtly Ambrose on…

ICC Chairman Shashank Manohar will support board to ensure smooth…

India to start Australia Test series on Dec 3 in…

We snatched victory from jaws of defeat: Mohammad Asif recalls…