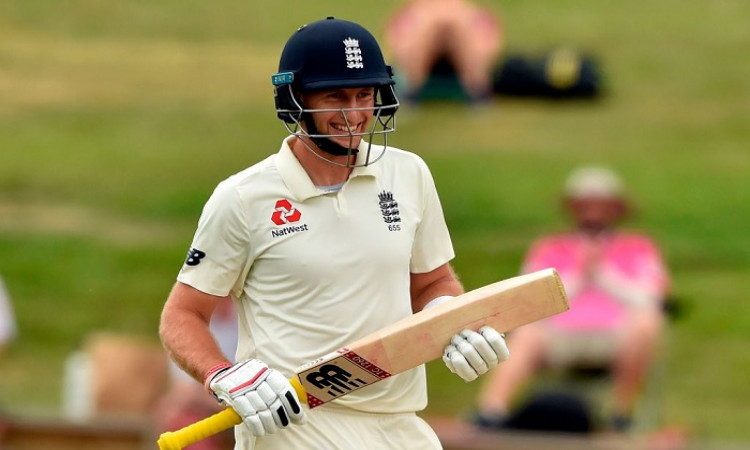 Hamilton, Dec 2: A fighting double hundred by Joe Root helped England have a slight edge over New Zealand in the second and final Test being played at the Seddon Park on Monday.

After forging a 101-run lead over New Zealand, England had the hosts at 96/2 at Stumps on Day Four.

Resuming the day at 269/5, the visitors didn't lose a single wicket in the morning session as both Ollie Pope and Root kept New Zealand bowlers at bay and the duo put on 193 runs for the sixth wicket. Their partnership saw Pope bringing up his maiden half-century in Test cricket.

Root reached the 200-run milestone with a risky single with Pope slow off the mark and only keeping his wicket when the New Zealand throw at the stumps went wide. The England skipper apologised to Pope for nearly burning him before taking his helmet off and raising his bat to the crowd.

With his double ton, Root became the first captain of a visiting team to score a double hundred in New Zealand. He eclipsed Chris Gayle's 197.

The Black Caps finally got the breakthrough in the 157th over of the innings as Pope (75) was sent back to the pavilion by Neil Wagner reducing England to 455/6. Mitchell Santner then ended Root's innings of 226 in the very next over.

Chris Woakes (0) Jofra Archer (8) were dismissed cheaply as Wagner wreaked havoc. The left-handed bowler then dismissed Stuart Broad for a duck as England were bundled out for 476.

Trailing by 101 runs, New Zealand didn't have a great start as they lost both their openers Jeet Rawal and first innings centurion Tom Latham within the first nine overs.

However, Kane Williamson and Ross Taylor used all their experience and didn't allow England to make any further inroads. At the end of the day's play, Williamson and Taylor remained unbeaten at the crease on 37 and 31 with the hosts still trailing by five runs.

New Zealand hold a 1-0 lead in the two-match series after they won the first Test by an innings and 65 runs at the Bay Oval.