London, July 25: England have released five players, including Joe Denly, from the bio-secure bubble at the Old Trafford in Manchester. Denly will be joining England's limited-overs camp at the Ageas Bowl on Monday ahead of the Ireland ODI series. 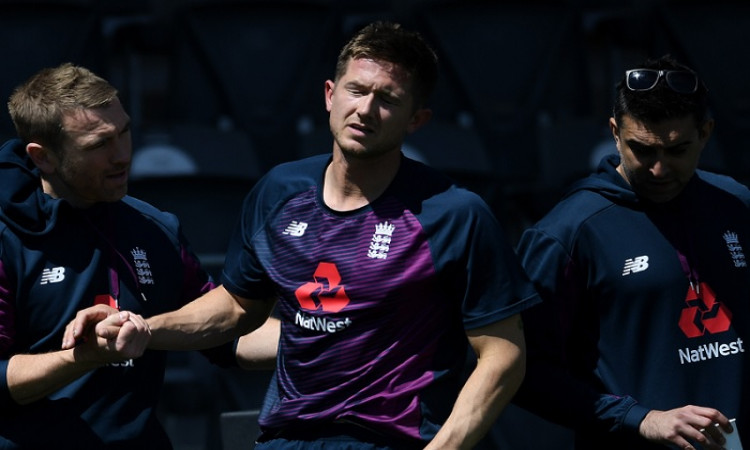 Denly, Dan Lawrence, Craig Overton, Ollie Robinson and Olly Stone have left England's Test squad after missing out on selection for the ongoing third and final game against West Indies, which started on Friday.


Ollie Pope seems to have modeled his batting on Ian Bell: Sachin Tendulkar

Denly,34, was dropped from the second Test against the West Indies in Manchester after scoring 18 and 29 in the two innings respectively in the series opener at Southampton, which the hosts lost by four wickets at the Ageas Bowl.

Apart from Denly, the other four players will be available for their counties in the build-up to the start of the English domestic season, which starts with the Bob Willis Trophy on August 1.

England and Ireland are scheduled to play three ODIs with all the matches to be hosted at the Ageas Bowl in Southampton on July 30, August 1 and August 4 respectively.

England Lions will take on Ireland in a practice game on Sunday but Denly will not be available for that game.