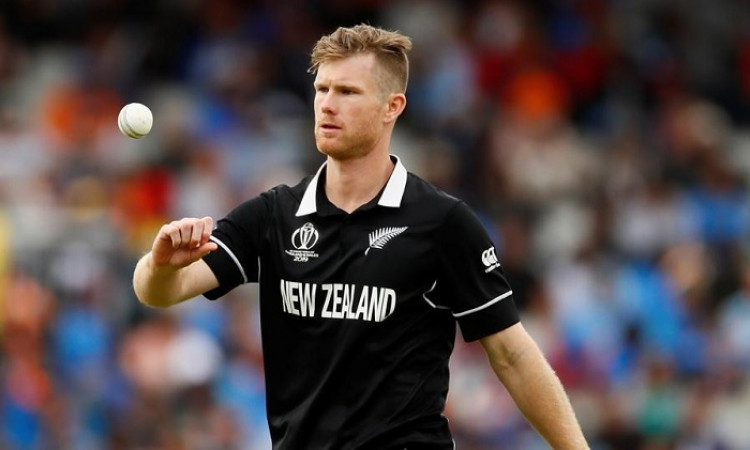 New Delhi, Aug 3:  New Zealand all-rounder Jimmy Neesham faced the wrath of the Indian cricket fans for a witty tweet he posted related to Virat Kohli and the Ashes.

After England opener Rory Burns hit an unbeaten 125 on Day 2 of the first Ashes Test in Birmingham on Friday, Neesham tweeted: "Rory Burns now has more runs in his first Ashes innings than Virat Kohli has in his entire Ashes career."

The premise of this tweet, as explained by Neesham himself, is that Kohli has obviously scored lesser Ashes runs than Burns as the coveted rubber is only played between two nations -- England and Australia.

While some fans were incited by the joke, others felt that it wasn't just good enough going by Neesham's standards.

Here are some of the tweets that came Neesham's way:

"Virat Kohli has scored more runs than all Aus and Eng players in Asia Cup (sic.)"

"Mate, you're better than this."

"Big talk from a guy who looks like a failed statue of a football player!!"

"What are you trying to prove Jimmy?"

"At least he is not fighting for his place in team like u (sic.)"

"I googled how many runs and wickets @JimmyNeesh scored in ashes and two big ZEROES appeared on my screen. @JimmyNeesh and ZEROES have a nice relationship. I don't understand why u chose to become a cricketer. Cheap comparison. (sic.)"

Neesham also replied to a number of tweets. When one fan asked him how he gets the time to respond to so many tweets, Neesham said: "Umm, my job is cricket (sic.)"

He finally went on to explain the joke in response to a fan saying that Kohli has won more World Cups than the entire cricket fraternity of New Zealand.

"I don't think you understand the premise of the joke. The joke is that Virat Kohli can't play in the ashes because he's Indian. Thus it would be a silly statement for me to compare his ashes runs to those of Rory Burns, an Englishman. It elicits a response of surprise," Neesham said.