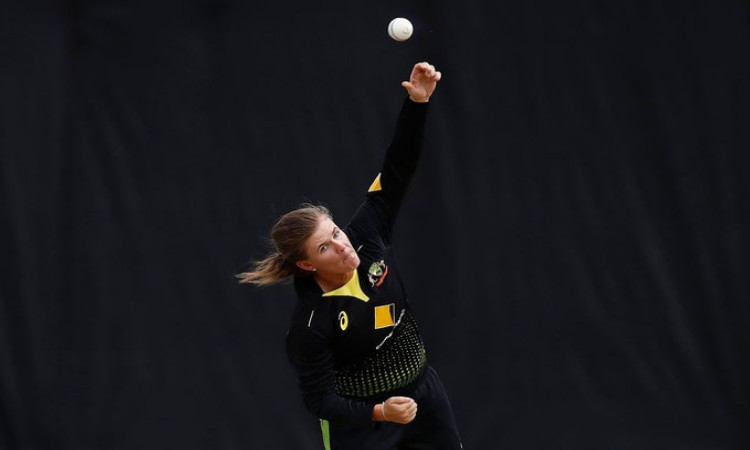 Chasing a stiff 156-run target, India were bundled out for 144 on the last ball of their innings.

India were right on track during the chase when Smriti Mandhana and skipper Harmanpreet Kaur were batting at the crease. The star Indian opener and Kaur shared a 50-run stand for the fourth wicket and the match seemed to be heading India's way.

However, once Mandhana got out after scoring 66 off just 37 balls, the visitors suffered from a collapse. India lost the last six wickets for mere 29 runs and ended on the losing side.

Jonassen finished with brilliant figures of 5/12 from her four overs. Pacer Tayla Vlaeminck picked up two wickets while Ellyse Perry, Megan Schutt and Annabel Sutherland scalped one wicket each.

Earlier, after winning the toss, Australia put up a formidable total of 155/6 riding on an unbeaten 72 from opener Beth Mooney. Ashleigh Gardner and captain Meg Lanning also contributed with 26 runs each.

However, it was a nice, little cameo from Rachael Haynes who scored 18 runs from just 7 balls and provided Australia with a total which they defended successfully in the end.

India and now face Australia in the T20 World Cup opener on February 21.