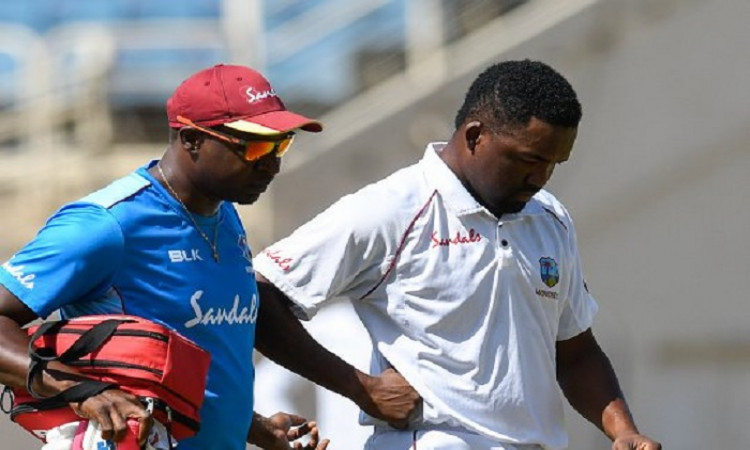 Kingston (Jamaica), Sep 2: West Indies on Monday replaced Darren Bravo with Jermaine Blackwood after the former retired hurt with a blow to the head and was later found to be concussed.

Bravo was struck in the head on Sunday evening by Jasprit Bumrah and had to go off the field on Monday, Day 4 of the second and final Test match here, as he was feeling unwell.

Batting on 18 at close on Day 3, he survived only three overs on Monday before he trudged back on a score of 23.

In the Ashes, Steve Smith was diagnosed with delayed concussion as Marnus Labuschagne replaced him making him the first-ever concussion substitute in international cricket in the second Test at Lord's.

Cricket rules for the World Test Championship were tweaked recently to allow players who suffer concussions during a match to be replaced in their team's XI.