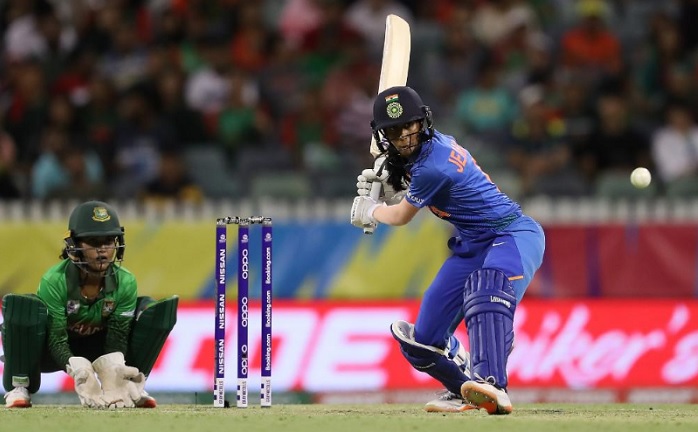 Melbourne, Feb 25:  West Indies' Shakera Selman believes Indian batter Jemimah Rodrigues is a really good cricketer who has impressed a lot at such a young age.

Rodrigues recently posted a picture on Instagram of her with Selman aged 13 and, six years on, the pair are playing at the Women's T20 World Cup in Australia.


Ranji Trophy semi-finals and final to have 'limited DRS'

The Barbadian seamer -- who made her T20I debut in 2008, when Rodrigues was seven -- is proud to have planted a seed in one of the world's most exciting young batters.

"Honestly, I just felt really great to have inspired someone and Jemimah has impressed a lot," the ICC quoted Selman, who also coached seven to 11-year-olds in Barbados, as saying.

"She is a really good cricketer and it meant a lot to see that this young girl that I met ten years ago is on the world stage now and dominating.

"My main goal is always to inspire and help however I can. So, whenever I go home I try to help out and bring through other youngsters back in Barbados whenever I get the chance," she added.

The pair won't meet on the field in the group stage, with India placed in Group A and West Indies in Group B, but could face one another in the knockout stages.

India have won both the matches they have played so far in the T20 World Cup. In the first game, the Women in Blue defeated Australia by 17 runs in Sydney while in the next match, they beat Bangladesh by 18 runs in Perth.

They will now face New Zealand on Thursday.