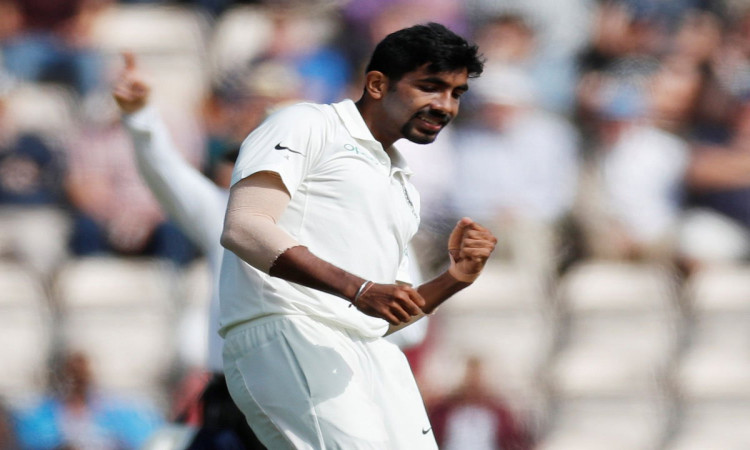 Jamaica, Aug 29:  India bowling coach Bharat Arun feels pacer Jasprit Bumrah's ability to bowl over 140kph consistently and his accuracy with his length has made him a lethal bowler. Arun, who was recently re-appointed to the post, also said Bumrah's ability to adapt to the conditions swiftly is a reason behind his success.

Speaking to reporters on Wednesday, the 56-year-old said: "We look at the bowling (effort) as per the execution, not the outcome. The wickets are the outcome, I'm not looking at the outcome at all. Even after the first innings, what we spoke about was the execution. It was a bit short and with his bowling, he needs to bowl up. Wickets were never the question. If you bowl the right lengths, you will get the wickets. Bumrah is quite aware of that. And it was just the momentary shift in lengths.

"Bumrah is a skillful bowler. He is aware of the situations and he has adjusted himself beautifully to every situation. Even if you see the lengths he bowled in the first and the second innings, it is obviously a lot more different. He has pitched the ball up and he was getting appreciable movement."

Speaking on what makes Bumrah so lethal, the bowling coach said: "He is bowling consistently at over 140 clicks at any given point of time, and his action is not a very orthodox action. So it takes the batsman a second longer to pick up. Also, he is very accurate which makes him so potent.

"Bumrah didn't change anything in his bowling, he changed his lengths. And that is what, obviously, gave a different dimension to his bowling. As a coach, understanding what is that small thing that you need to tweak to make the bowler better is very important."

Arun also echoed skipper Virat Kohli, who had said managing the workload of his players was the most important aspect he and the team management were looking at.

"Fast bowling is a very very strenuous activity. Unfortunately, it is very error-prone also. Being aware of these facts, we have taken care of the fast bowlers, to make sure their workloads are being monitored, to make sure they are fresh. The key to making sure they do well for long periods of time is by making sure their workloads are managed," Arun pointed.