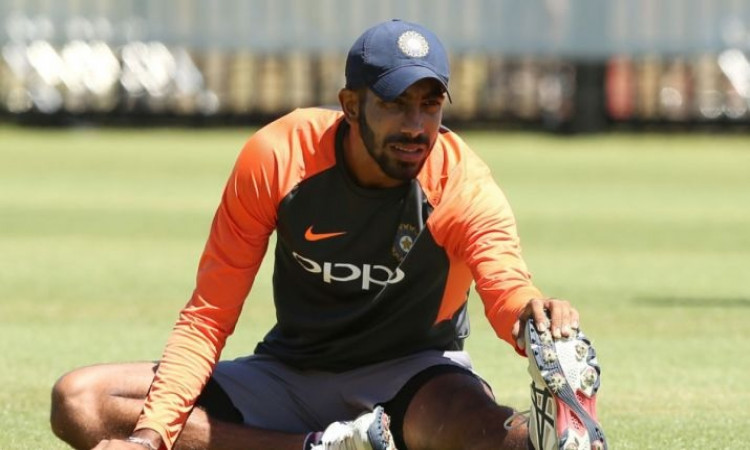 Mumbai, Nov 26:  The India quick bowling trio demolished Bangladesh to sweep the Test series 2-0 last week in Kolkata. If that was not enough, underlining the team's fire power in the pace department, Jasprit Bumrah on Tuesday shared a picture of him breaking the middle stump during a practice session.

On his road to recovery from injury, Bumrah tweeted a picture of the middle stump broken in the nets, hinting that he is on course to make a comeback with a bang.

Recovering at a steady pace from his injury, Bumrah missed the series against South Africa due to a stress fracture -- went through an assessment post the Diwali break which revealed that his recovery is on track and he is likely to be available for the New Zealand tour.