Jasprit Bumrah 'Getting Those Reps' After Returning From Wedding Break 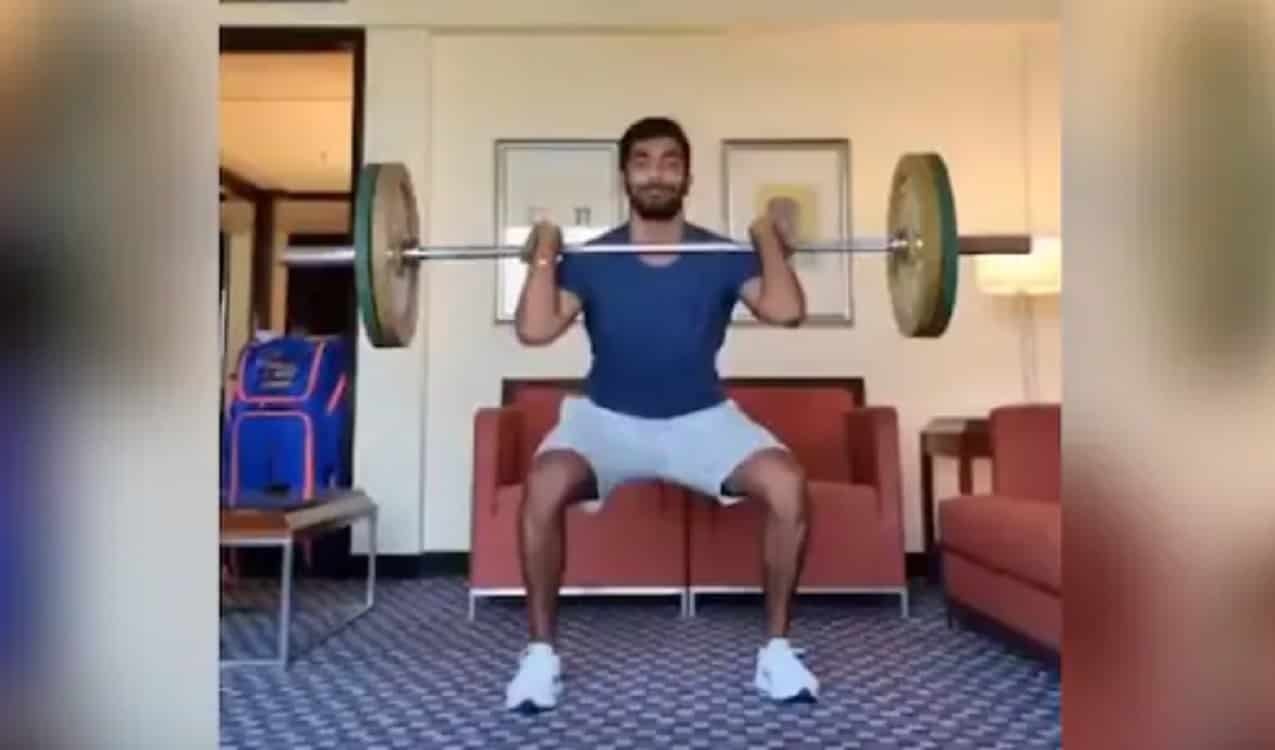 The 27-year-old pace bowler is undergoing quarantine since he wasn't part of the Indian team in the recent two white-ball series against England and therefore didn't qualify for the bubble-to-bubble transfer that exempts players from quarantine.

On Tuesday, the right-arm pace bowler, who picked 27 wickets in 15 games to end as the second-highest wicket-taker in IPL 2020, posted a video of himself doing workout in his hotel room.

Quarantining and getting those reps in pic.twitter.com/FZZeNEei5K

Bumrah played a key role in Mumbai Indians' fifth title win last season and then traveled with the Indian team to Australia.

He took 11 wickets in the first three Tests there, missing the last match in Brisbane. Prior to that, he had played all the three matches in the ODI series in Australia, picking four wickets.

On England's tour of India, Bumrah took four wickets in the first Test. He was rested for the second Test which was played on a rank turner. In the third Test, played with the pink ball, he didn't get to bowl much and did not take a wicket.

Bumrah then missed the fourth and final Test as well as the two white-ball series.