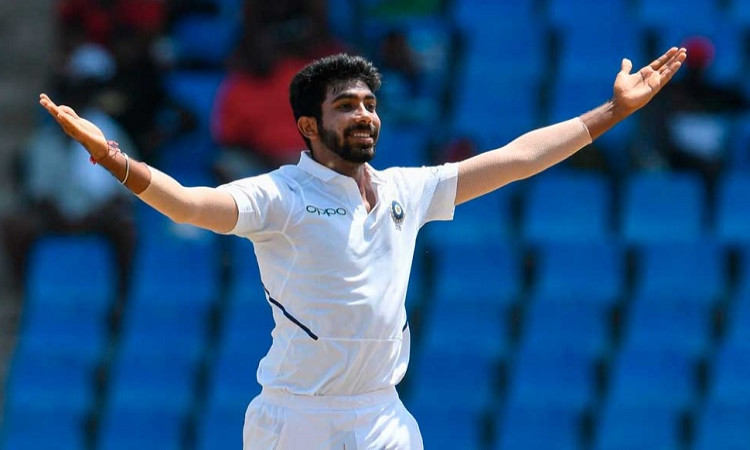 North Sound (Antigua), Aug 26: As West Indies batsmen fell on their knees in an effort to stave off Jasprit Bumrah, the star India pacer galloped to the record books by becoming the first Asian bowler to grab a five-wicket haul in South Africa, England, Australia and West Indies, all in his first tour to all these countries. Bumrah's magical figures of 5/7 is also the cheapest five-for by an India bowler.

The Indian bowling attack led by Bumrah has had world cricket sit up and take note and another example was dished out by the pacer and gang at the Sir Vivian Richards Stadium on Sunday when they decimated West Indies for 100 in their second innings after plundering 343/7 declared, to set the hosts a target of 419.

Bumrah tormented the Windies batsmen with his deadly in-dippers as they did not stand a chance in front of him and looked like amateurs in white flannels.

"Feeling good and we built pressure as a bowling unit which was nice. We used the breeze to our advantage and stuck to our plans. Lot of hard-work and practice goes into that (about bowling the out-swinger).

"I always had the inswinger but the more I played the more confident I got," the pacer said at the post-match presentation.

India will now take on the hosts in the second and final Test at the Sabina Park in Kingston from Friday.