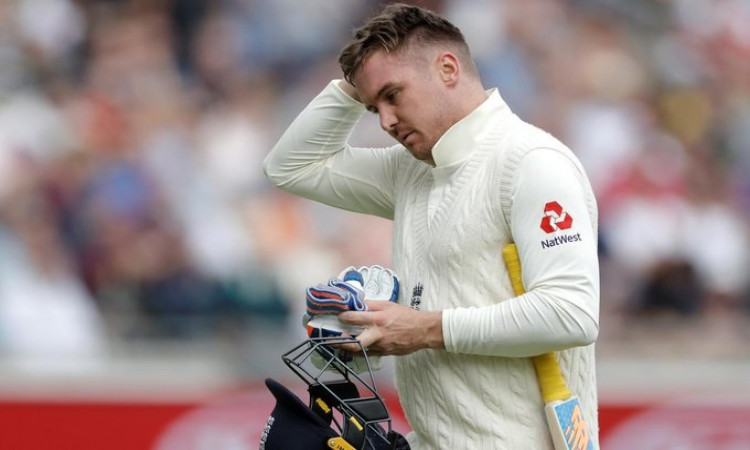 Leeds, Aug 21: England coach Trevor Bayliss has said that the team management will contemplate changes in their bid to level the ongoing Ashes series when they take on Australia in the third Test beginning Thursday at Headingley.

Having lost at Edgbaston and drawn at Lord's, England go into the Headingley Test with a 0-1 deficit and an unchanged 12-man squad.

However, Bayliss feels they have the best available men for the job. "We think we've got the best seven batters available to us at the moment. I'm not sure if we can change it round and make it any better, but we'll certainly have a discussion about it," the England coach was quoted as saying on Tuesday by the ICC website.

"It's something we have to look at. Each individual has to be happy with that as well. (But) there might come a time when we have to put a foot down and say no, this is what's happening. Like it or lump it," he added.

One of the big concerns for England is the poor form of their World Cup hero Jason Roy, who hasn't found his feet in red ball cricket yet. Roy has scored just 40 runs in four innings in the ongoing series, which is in stark contrast to his opening partner Rory Burns who has been a revelation for the hosts at the top of the order, collecting 226 runs at 56.50.

This has prompted Bayliss to consider slotting Roy into the middle order.

"Personally, I think he probably is suited to the middle order but we've selected him in the top of the order because of his one-day form," admitted Bayliss.

"It hasn't worked yet but he can easily come out and blast a quick hundred. Long term, he's more suited to middle order. He'd feel more comfortable there but he's doing a job for the team at the moment," the coach said.