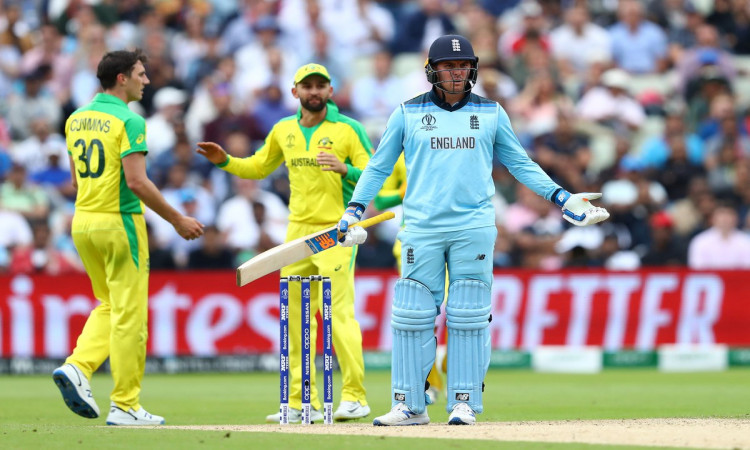 Birmingham, July 12 (CRICKETNMORE) England opener Jason Roy was fined 30 per cent of his match fee for breaching Level One of the ICC Code of Conduct during the World Cup semifinal between the hosts and Australia at the Edgbaston on Thursday.

England thrashed Australia by eight wickets to storm into their first final since 1992. They will take on New Zealand at Lord's on Sunday.

Roy, who struck a belligerent 85 in England's successful run chase, was found to have breached Article 2.8 ICC Code of Conduct for Players and Player Support Personnel, which relates to showing dissent at an umpire's decision in an international match.

In addition to the 30 per cent fine, two demerit points have been added to Roy's disciplinary record.

The incident occurred in the 19th over of the England innings when Roy showed dissent after being given out caught behind off the bolwing of Pat Cummins.