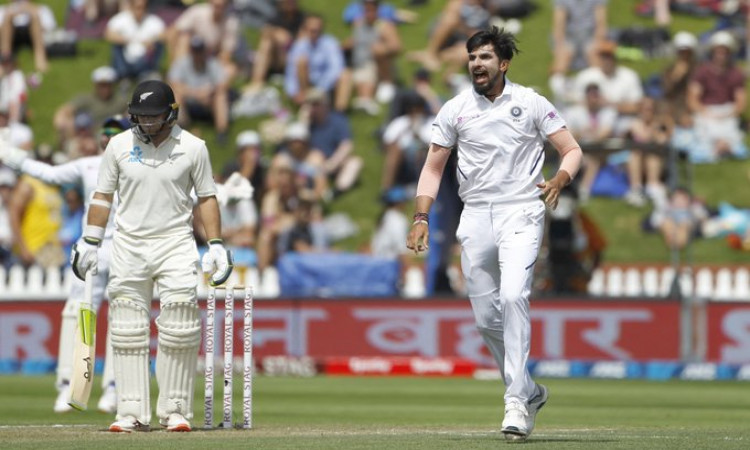 Sydney, Feb 23: Former Australia pacer Jason Gillespie has lauded Ishant Sharma for his attitude, saying his desire to learn, improve and get better is keeping him in good stead.

India's senior most quick Ishant grabbed his 11th wicket haul against New Zealand in the first Test at Wellington as India bowled the Kiwis out for 348 after managing just 165 in the first innings. Ishant returned figures of 5/68 in 22.2 overs.

"Very happy to see Ishant do so well- all down to his attitude to want to learn, improve and get better. The current coaching staff of the @BCCI team need to take a lot of credit," Gillespie said in a tweet.

Ishant, was declared fit last week after suffering from a Grade 3 tear on his right ankle while playing for Delhi in their Ranji Trophy encounter against Vidarbha at the Arun Jaitley Stadium last month. The 31-year veteran of 96 Tests was initially ruled out only to join his teammates in New Zealand at the last moment.

Ahead of the Test, experienced New Zealand batsman Ross Taylor had cautioned his team not to just focus on Jasprit Bumrah and play other Indian bowlers with utmost concentration as well during the upcoming two-Test series.

"I think if we just look at Bumrah, we are in trouble. I think their whole bowling lineup is fantastic. Obviously, Sharma coming back will bring new dynamics to the team," Taylor had told reporters.

Ishant had said on Saturday said he didn't even think about playing the Test match, when he had sustained a freak injury.

"All credit goes to NCA support staff as they worked really hard with me. We never really thought I have to play a Test because my MRI shows I had a complete ligament tear, not one but two tears. People said 'he is out for six weeks'," he pointed.