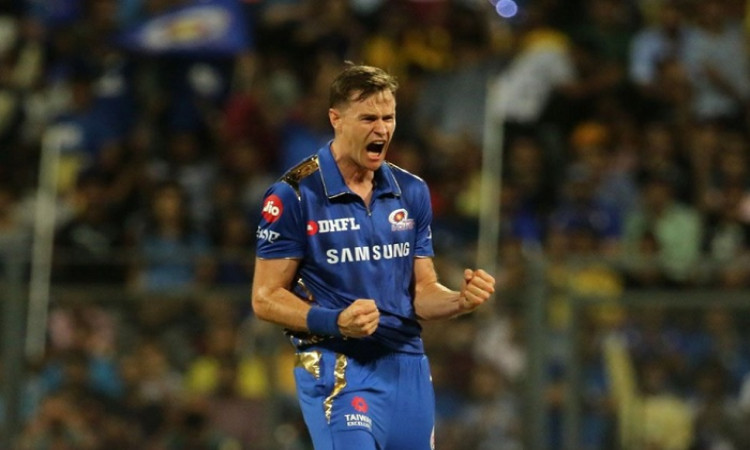 Mumbai, April 4 (CRICKETNMORE):  Defending 170 isn't easy at the Wankhede Stadium, but Mumbai Indians (MI) pacer Jason Behrendorff set the tone by sending back Chennai Super Kings (CSK) openers Ambati Rayudu and Shane Watson in his first two overs and skipper Rohit Sharma said that it was just what was expected from the Australia pacer.

"Jason has been great for Australia with the new ball and we all know what he is capable of. Did the same for us and his spell early on set the tone," he said.

Rohit said that winning and keeping the winning habit going was important as MI didn't want to get to a situation where they need to win almost all the games in the business end to qualify for the playoffs.

"I think every game we play in the IPL is important. Having lost two games at the start, suddenly every match becomes important. We don't want to keep that task of having to win many games at the end, it's really difficult. We just wanted to play the brand of cricket Mumbai Indians are known for. We just kept ourselves in the game all the way through and those are good signs," he said.

Rohit said that he was happy with the score on board and even though things can get tricky in the second innings at the Wankhede at times, the skipper said that the idea was to keep it tight with the ball.

"I thought 170 was a fighting total here because you never know. We knew that there was something in the pitch and if we could knock wickets early, things could work. That's exactly what happened.

"We didn't start off well with the bat but we finished really well. With the ball, we were extremely clinical. To defend a 170 score at Wankhede, you need to be really good with the ball and we were with the fielding also being extremely efficient. That's why I can't pinpoint a single match-changing event, there were so many of them," he pointed.

The captain also praised young spinner Rahul Chahar and even though the youngster bowler just two overs, Rohit said it had more to do with MS Dhoni and Kedar Jadhav being at the crease.

"Rahul also seemed promising, bowled just the two overs but there was a reason for that as MS and Kedar play spin well. So, I went on with the pacers," he said.