New Zealand pacer Kyle Jamieson said that Royal Challengers Bangalore captain Virat Kohli is a lovely guy who is passionate about winning matches. He added that Kohli has a fierce nature on the field 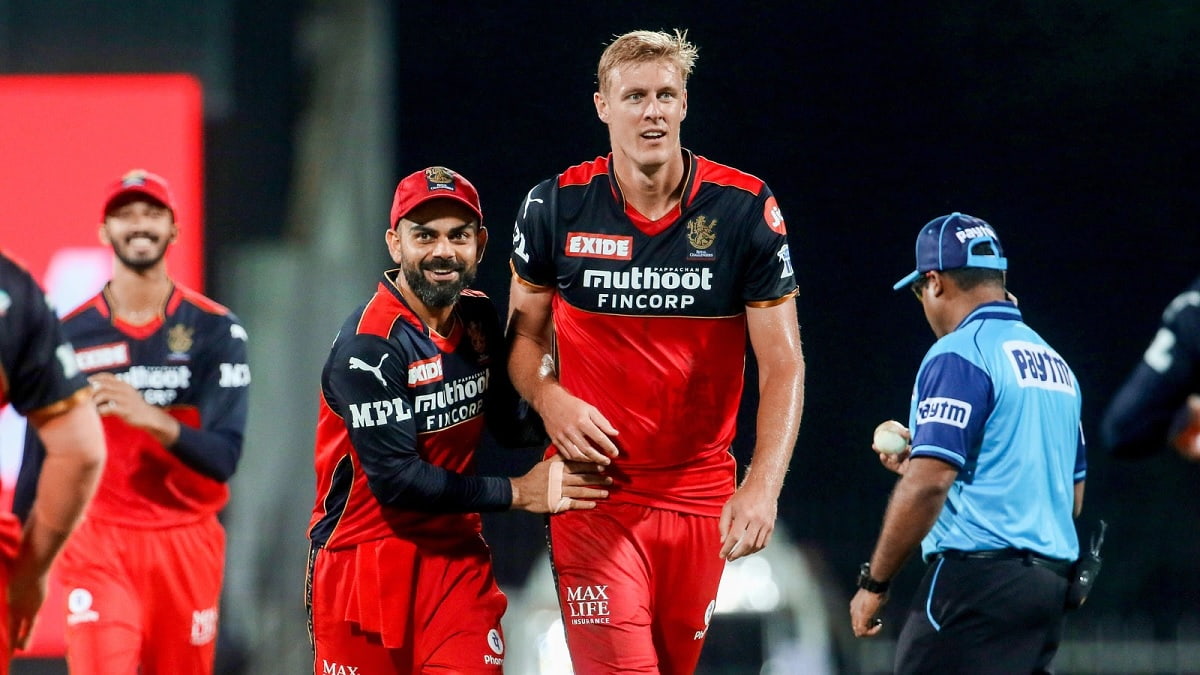 New Zealand pacer Kyle Jamieson said that Royal Challengers Bangalore captain Virat Kohli is a lovely guy who is passionate about winning matches. He added that Kohli has a fierce nature on the field and becomes a welcoming person off it.

"He is a lovely guy. I have played against him a couple of times and obviously, he is quite intense and quite fierce in the field. But off the park, he is so nice and welcoming. He just loves to win as well. He could be at it on the field and stuff, but he is just passionate about being there, about winning," said Jamieson in an interaction with Baz and Izzy Breakfast show on SENZ radio.


Kohli Adamant India 'Won't Back Down' Against England

Snapped by RCB for a whopping 15 crores in the auction, Jamieson has scalped nine wickets and made 56 runs with the bat in seven matches of IPL 2021.

Speaking on his maiden experience from the tournament, Jamieson said, "It's good to see how different guys work. We have got some good overseas players in our group. So, yes, pretty fortunate to be involved in a tournament like that."

The only spot of disappointment for Jamieson was about not getting outside to visit famous places in India. "India was under lockdown when I was there. So we were pretty much in bubbles. I kind of missed out on that experience which is a shame. Hopefully, once this thing gets down, I can get back there and get a taste of what it's really like," concluded Jamieson.

Royal Challengers Bangalore are at third place in the points table with 10 points from seven matches. They will commence their second leg of IPL 2021 against Kolkata Knight Riders in Abu Dhabi on September 20.