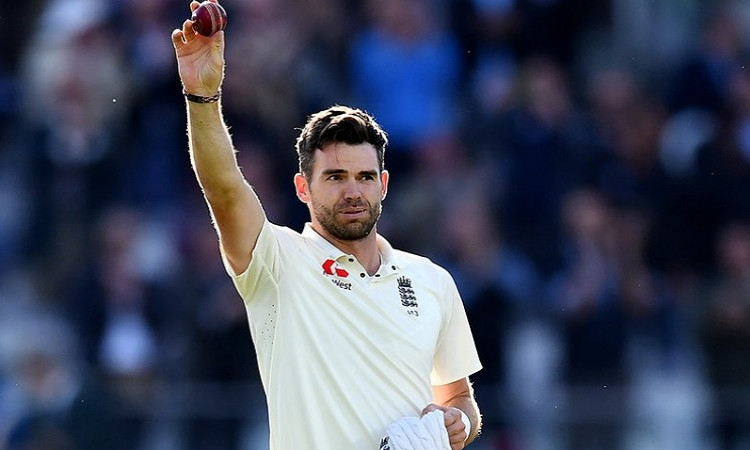 Cape Town, Jan 5:  England pace spearhead James Anderson surpassed Ian Botham and Ravichandran Ashwin with the most Test fifers as he returned with figures of 5/40 on Day 3 of the second Test against South Africa at Newlands here on Sunday.

Anderson, 37, racked up his 28th five-wicket haul as he dismissed Anrich Nortje, who was caught by Ben Stokes as England polished things off for a very handy lead of 46. South Africa managed 223 in reply to England's 269 in the first innings.

Also Read: Leo Carter becomes 4th batsman in T20s to hit six sixes in an over