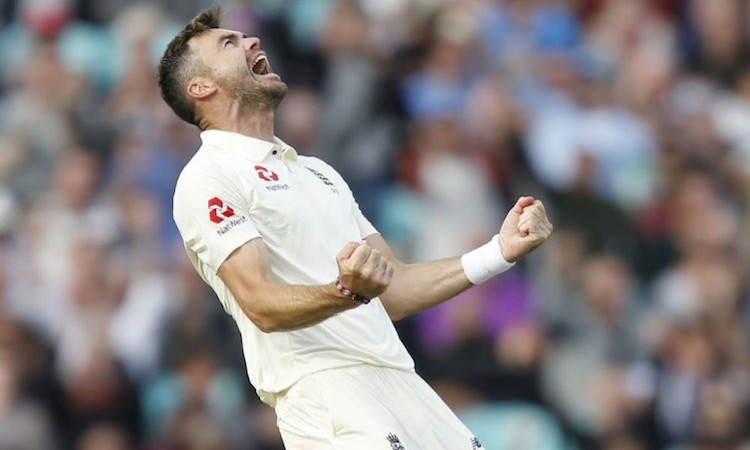 Sept.11 (CRICKETNMORE) - James Anderson matched the record of the most successful Test fast bowler of all time on Monday after he equals Australian Glenn McGrath’s tally of 563 wickets in the fifth and final Test against India.

Anderson, 36, trapped Shikhar Dhawan and Cheteshwar Pujara in one over to draw level with McGrath.

He is at No.5 in the list of most test wickets. Only three spinners – Muttiah Muralitharan, Shane Warne and Anil Kumble – are ahead of him.