Iyer, Pandey will keep Rahul on his toes: Ganguly

New Delhi, Sep 20. Former Indian skipper Sourav Ganguly feels Lokesh Rahul will be kept on his toes by Shreyas Iyer and Manish Pandey for the no. 4 slot in ODIs, a position which has been debated a lot by the team management over the last couple of years. 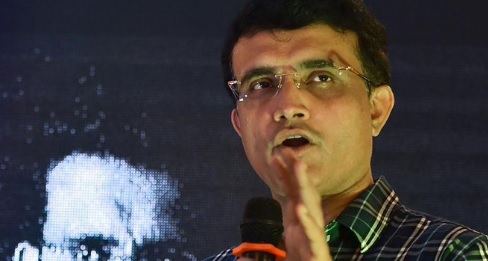 Iyer was preferred over Rahul in the three ODIs against the West Indies and he grabbed the opportunity with both hands by scoring two half-centuries in the two games he played and forced his way into the T20I side.


Australia: In a first, co-captains to lead Prime Minister's XI

Meanwhile, Rahul, who has been in indifferent form in all the three formats of the game, recently lost his place in the Test squad for the upcoming three-match series against South Africa.

"With Rohit and Shikhar at the top as the best possible opening pair, KL Rahul will be pushed. He has lost his place in Test cricket due to indifferent form and the likes of Shreyas and Manish Pandey will keep him on his toes if he wants to hold onto the No. 4 slot," Ganguly wrote in his column for The Times of India.

"Shreyas Iyer finds a place in the T20 squad, a reward for his good show in the 50-overs games in West Indies," he added.

Iyer remained unbeaten on 16 in 150-run chase against South Africa in the 2nd T20I which India won comfortably by seven wickets in Mohali on Sunday.

The former India skipper also spoke about the visiting Proteas team and said that they are in a rebuilding phase. "They need to look at the system back home. Not very long ago, they boasted of having enormous talent, but like many teams, they have dropped a few levels down," Ganguly said.

India and South Africa will take on each other in the final T20I on Sunday in Bengaluru before locking horns in the Test series beginning October 2.