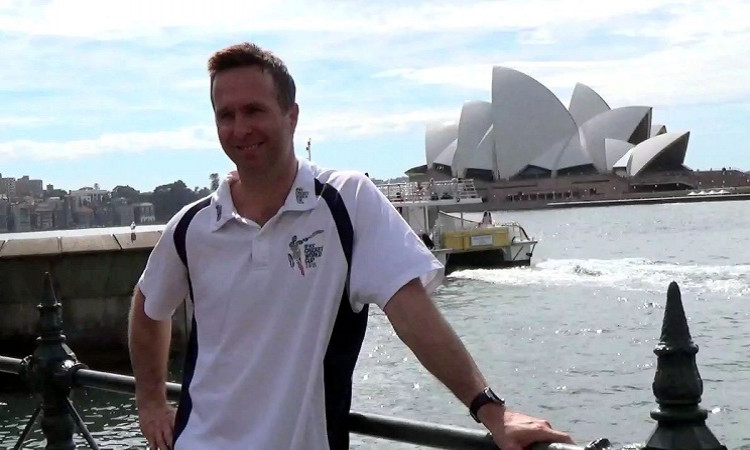 New Delhi, Jan 14:  With Jos Buttler questioning the need for viewers to have access to the audio from stump microphones, former England captain Michael Vaughan believes that if a player is caught swearing, it's his stupidity and nothing else.

"For what's it worth...I think having the stump mics turned up has added to cricket broadcasts & given the viewer an insight into players/tactics & some banter... If a player swears and abuses someone and it's caught, surely it's the player's stupidity not the fact we have stump mics!" Vaughan tweeted on Tuesday.

Buttler, who was fined by the International Cricket Council (ICC) for his expletive laden on-field rant during the second Test against South Africa, said that in Test cricket emotions run high, and although for players, these things don't mean anything, for the viewers it goes out as a bad message.

"In Test cricket, there is high emotion at times. There can be things said that don't mean anything, but for the viewers at home it can come across very poorly," he said.

"It is a tough one. We understand that it adds to the viewer experience to have stump mics to hear a bit of what goes on.

"But I think the players like the thinking of what happens on the field, stays on the field, and isn't heard necessarily by everyone at home," he said.

Former Indian opener Virender Sehwag, however, has called for players to act more responsibly on the language they use as children consider them "heroes".

"Abusing on the field is not healthy. My kids ask me papa (father) what did he say after getting him out. I had to lower the (TV) volume and remove eye contact with my child," Sehwag said while delivering the seventh Mansoor Ali Khan Pataudi Lecture at the BCCI Awards in Mumbai on Sunday.