It's more than just stadiums: Sourav Ganguly on low turnout for Tests 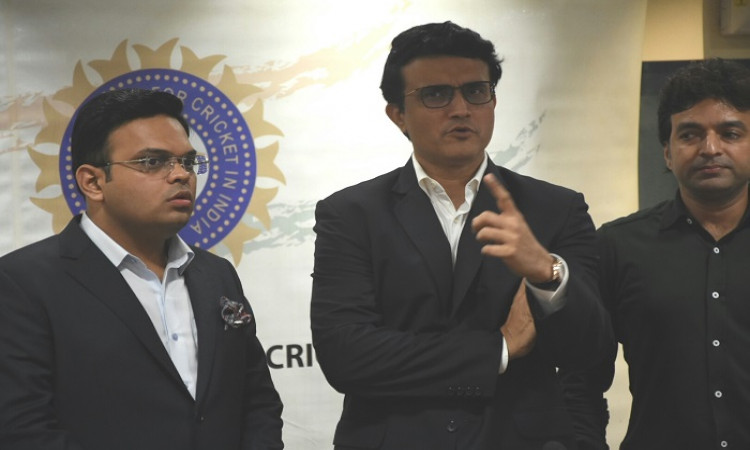 Mumbai, Oct 23: BCCI President Sourav Ganguly on Wednesday emphasised on the fact that Test cricket needs revisit in order to make it more popular among the fans.

Addressing the reporters following his appointment as President, Ganguly said that a large number of fans turn up for the Indian Premier League (IPL) matches across the country and not for Test cricket.

Also Read: I have to keep getting better: Joe Root

"Same fans turn up for the IPL. So it is more than just the stadium. Test cricket needs revisit of how it can be popularized," when asked by reporters on Virat Kohli's suggestion of having five "strong" Test centers in the country.

Giving the example of Kolkata's Eden Gardens, the former Indian skipper said that the iconic stadium is full house for the IPL matches. "Eden Gardens is going to host Bangladesh (for the second Test) and we don't know what will happen," he added.

Speaking to reporters after India's win in the third and final Test against South Africa in Ranchi, Kohli strongly rooted for having fewer, stronger Test centres in India.

"Look, you want to keep Test cricket alive and exciting, I totally agree with the fact that we should have five Test centres at max. It can't be sporadic and spread over so many places where people turn up or they don't," Kohli said on Tuesday.

"We have been discussing this for a long time now, and in my opinion we should have five Test centres. Period."

"Teams coming to India should know that we are going to play at these five centers, these are the pitches we should expect, these are the kind of people who will come to watch... crowds. That becomes a challenge already when you're leaving the shores. Because we go to any place, we know we have four Test matches at these venues, this is what the pitches are going to do, it is going to be full stadium, the crowd behind the team," he added.

Ganguly, 47, served as the Cricket of Bengal President from 2015, before becoming the first cricketer in 65 years to take charge as full-time BCCI President after Maharaja of Vizianagaram in 1954.