It's important to see that I am still good enough: Ab de Villiers 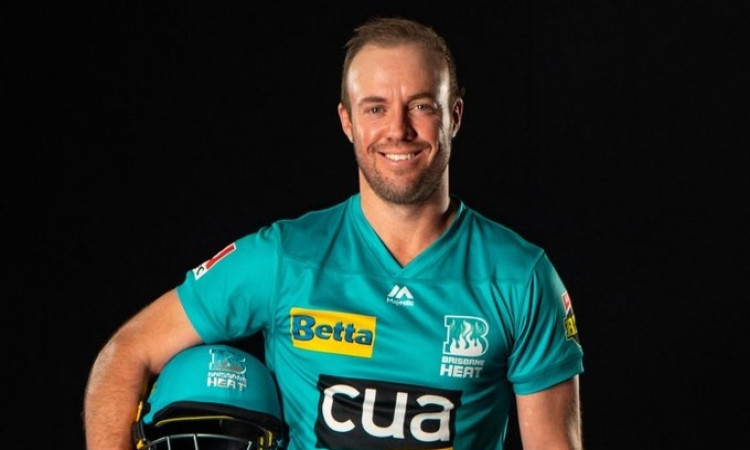 Mumbai, April 29:  He shocked the cricketing world when he announced his retirement from international cricket in 2018, but former South Africa skipper AB de Villiers is now keen to make a return to the national side. While he has also been offered the leadership role in the team, he wants to make sure he returns only if he belongs at the top level.

"The desire is there from my side to play for South Africa and have been asked by Cricket South Africa to lead the Proteas again. The most important thing to me is that I have got to be in top form and I have got to be better than the player next to me. If I feel I deserve my spot in the side, it becomes much easier for me to feel that I should be part of the playing XI," he said on Star Sports' show Cricket Connected.

"I have not been part of the Proteas for a while and I feel that it's important for myself and for other people to see that I am still good enough to be there."

Earlier, speaking to IANS, de Villiers had said that while workload management is a personal call, he does believe that the mental and physical demand on the top stars is massive these days thanks to the non-stop cricket action.

"Each player must consider his own circumstances and make his own decision. I reached a point where I wanted to see more of my wife and two young sons, and seek a reasonable balance between family and cricket. The mental and physical demands on the leading players are massive these days, but each player must decide what he can and can't do," he pointed.

While de Villiers did quit international cricket, he has continued to play in T20 leagues across the globe and the kind of fitness he has shown at 36 can put even youngsters to shame. But for the former national-team captain, it is all about discipline.

"Discipline is the key. Eating right and regular exercise are extremely important. It becomes a habit. Eat healthy, have a healthy lifestyle, and it's not difficult at all," he said.