It's Become A Pattern For Us Especially When We Get To Dubai: Punjab Kings' Coach Kumble

Punjab Kings coach Anil Kumble was left distraught following the two-run loss to Rajasthan Royals despite the fact that they had to score just eight runs in the final two overs to snatch a win in the crucial Indian Premier League match here on Tuesday. 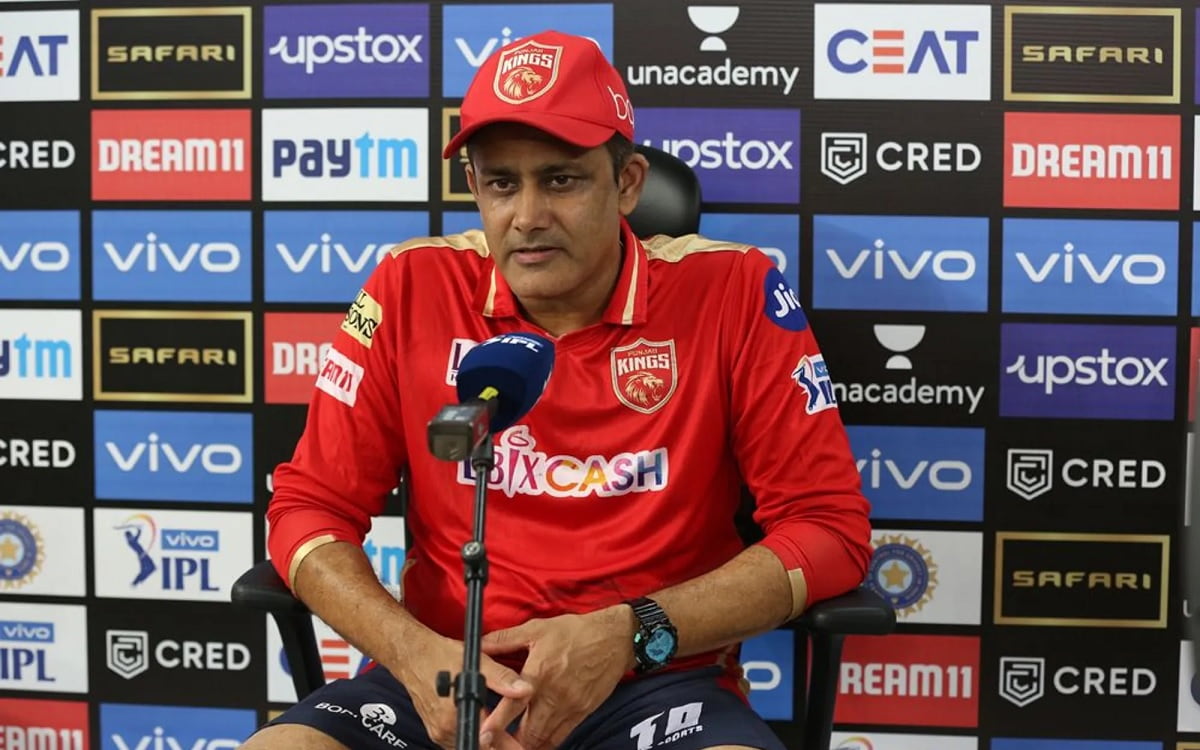 Young RR pacer Kartik Tyagi's last-over heroics guided the side to a nail-biting victory. Punjab needed four runs in the last over but Tyagi conceded just one run and took two wickets to guide his side home. The game was in Punjab's hands and there was no way Rajasthan could have stolen it. But they did the unthinkable. Not to forget the brilliant fielding by Chetan Sakariya at short third man in the 19th over when he saved three crucial runs at death for his team.

Kumble knows that qualifying for the playoffs would be a really tough task as a sixth defeat in nine games now means his side, which is currently placed seventh with six points, has to win all its games to make the grade.

"It's sort of become a pattern for us especially when we get to Dubai, it seems. The approach was clear, we needed to finish it in 19 overs. That was the approach, to not let it go till the end. But unfortunately, when you leave it to the last couple of balls, it becomes a lottery. Credit to [Kartik] Tyagi for the way he bowled," Kumble said after the match.

Kumble was unhappy that the batters were unable to figure out Tyagi's line in the final over.

"It was pretty clear he was going to bowl wide outside off, and somehow our batters didn't take the right options. We need to discuss this and sort it out. We have five more games to go, we don't want to get bogged down by this defeat but it's certainly a bitter pill to swallow."

Kumble categorically said that it was a case of batters failing rather than bowlers not delivering. Punjab Kings bowler Arshdeep Singh picked up his maiden T20 five-for, while pace stalwart Mohammed Shami grabbed three as Rajasthan Royals were restricted to below 200 runs on a batters-friendly wicket.

"I think it was a very good wicket, and we really came back in the last four overs where we gave away just 20 runs and picked up six wickets or so. Arshdeep bowled brilliantly, as did Shami. [Harpreet] Brar bowled really well on a tough pitch. On a ground where one side of the boundary is short, at one stage Royals looked good to score 200-210. So to really squeeze them in the last four, I thought the bowling effort was really good.

"With the bat also, we showed it till the 17th over. We were cruising but we were pulled back in the 18th and 19th overs after [Aiden] Markram's six. As batters, they know what their scoring shots are. All it needed was a bit of hitting. Even if someone got out first ball, the next batter had five balls to get the runs. When it goes to the last couple of balls, it becomes hard. The messaging was clear. We had to finish it in 19 overs, unfortunately that didn't happen today."