Its A Start Of A Second Innings For Us, Have A Strong Belief We Will Turn Things Around: Kumble

Kings XI Punjab(KXIP) will be up against Royal Challengers Bangalore(RCB) on Thursday 15th October 2020. 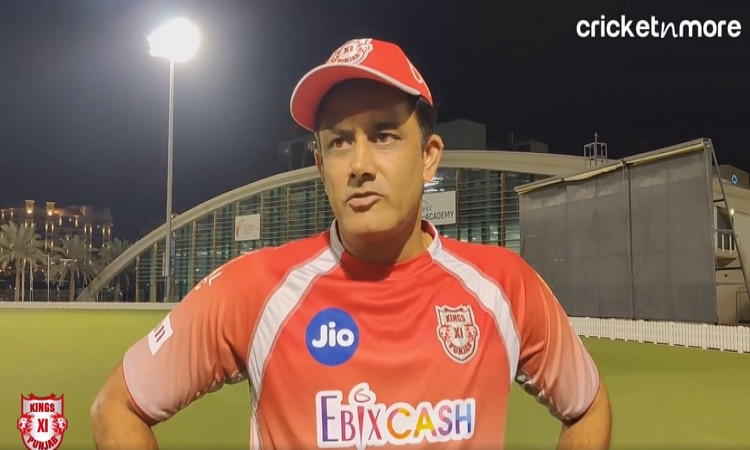 KXIP's head coach Anil Kumble has remained positive despite the team's poor run in the tournament and expressed that a win is just around the corner.

"It will happen, it's just around the corner, I have a strong belief that we will turn things around," felt the head coach.

Talking about the performance of the team in the tournament so far, Kumble admitted that the first half of the tournament hasn't been great for them despite playing some good cricket, and it's just a matter of crossing the line after getting into the winning position.

"It's a start of a second innings for us. Halfway through the tournament, it's not been great the first half although we played some good cricket but couldn't cross the line. Even in the last game, we were in a position where we should have won but couldn't cross the line, so that's something if we are in a similar situation again in the next game we should capitalize on that," told Kumble in an exclusive interview with Cricketnmore.

The former leg-spinner feels that the players are still a bit shackled and he would like them to play more freely without worrying too much.