It's a massive thing for me: James Anderson on saliva ban

London, May 21: England pacer James Anderson believes his teammates will have to motivate each other when cricket resumes, and in all likelihood in front of empty stands, amid the COVID-19 pandemic. 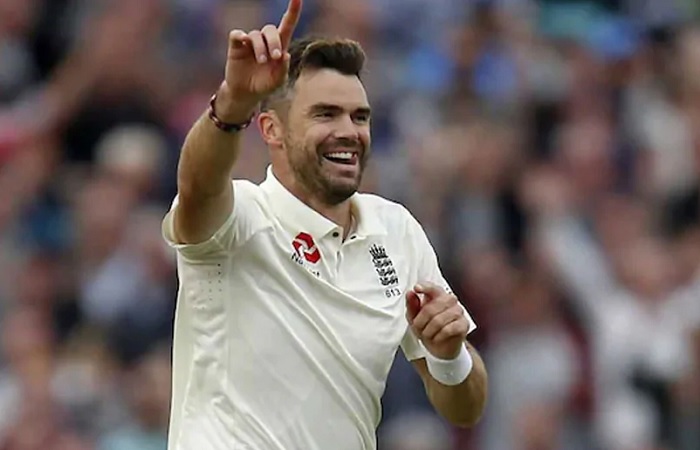 England were on their tour of Sri Lanka when all cricketing activities came to a grinding halt due to the outbreak of novel coronavirus. All professional cricket activities currently remain suspended there till July 1 and the England team are next slated to play against Pakistan in August -- three Tests and as many T20Is.

"We're lucky (in England) that most Test matches are sold out, certainly the first few days, we get big crowds so motivating yourself isn't an issue," Anderson told CNN Sport's Amanda Davies via Instagram Live.

"You just get out there in front of a packed house and it's quite easy to get up for a game. I think we might have to lean on each other as players if there's no crowd there, no atmosphere, we hear the sound of leather on willow echoing around the ground rather than the applause," he added.

In the post-COVID era, cricket will see a number of changes amongst which one would be the ban on usage of saliva to shine the ball as has been recommended by the ICC Cricket Committee.

"It's a massive thing for me because to get the ball to swing, you need to be able to polish the ball and repair it when it gets scuffs on it," said Anderson who is England's leading wicket-taker in Test cricket and One-Day Internationals.

The right-arm pacer also said while he is "desperate to get out there and play," he thinks it's only natural for players to be a bit nervous.

"It's just a human reaction to be nervous about this situation. We've got players in our team who have pregnant wives and the worry there is if they bring something back," he said.

"So I think what the ECB is doing is trying to make sure we really, really tick every box that we can to make sure the safety of the players and staff is paramount and make sure everything is in the right place so if and when we do join back up as a team before we start playing, we are as safe as we can be," he added.