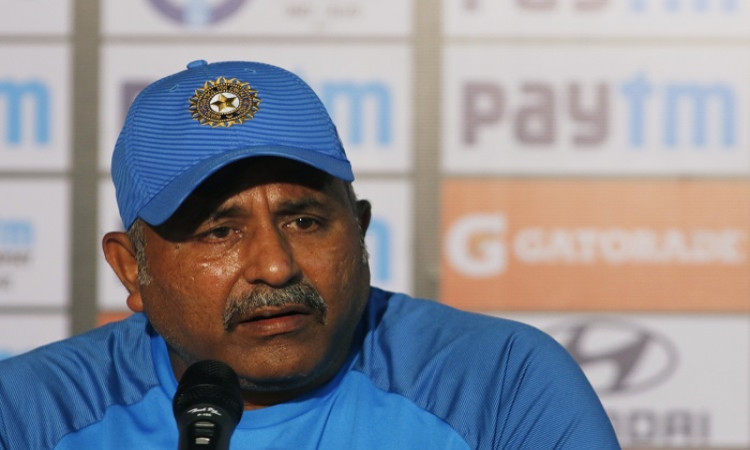 New Delhi, June 6: A billion people suffered heartbreak when Martin Guptill's direct throw dislodged the bails, and M.S. Dhoni, India's last hope, was found to be short of the crease, as the cricketing giants suffered a defeat at the hands of New Zealand in the semi-finals of the 2019 World Cup.

For a team that considers winning the World Cup an 'obsession', the pain of losing still stings. "Yes, the World Cup loss still hurts us, it's still hurting us and we'll probably go all out to see that we leave no stone unturned in our preparation to make sure that we do exceptionally well in the World Cup," Bharat Arun told FanCode in the latest episode of Lockdown But Not Out.

Also Read: After Nidahas Trophy, it was embarrassing for me: Vijay Shankar

"To win a World Cup, I think we need to really plan well and how far we execute our plan."

"Partially now the lockdown is lifted but inter-state travel is going to be a problem. But again, what the players are going to do is, they will be going to their respective hometown, the grounds that are available, they would do their running and they would also combine it with skillwork. And when they are free to travel, that is when we'd all be meeting but again keeping the social distancing in mind, we'd also be working with them in batches."

Bharat Arun further told FanCode, a multisport aggregator platform from the house of Dream Sports, "It'd take us at least 6-8 weeks for us to play international matches, whereby we'd be first working on the skill, and fitness in the camps and then we'll progress onto match simulations, and hopefully the BCCI can organise a tournament just before we play the international matches, that would be great for us."

Talking about the current bowling unit, he said, "I'm not worried about the bowlers because they've had ample time in the last 2 months, to work on strength and their fitness. Very rarely does an international cricketer, especially our bowlers, would get this kind of time to work on their fitness. Also, it is a wonderful opportunity for them to get over the little niggles, that they may have got over the long season."