It'd be great to have pink-ball contest against India, says Mitchell Starc 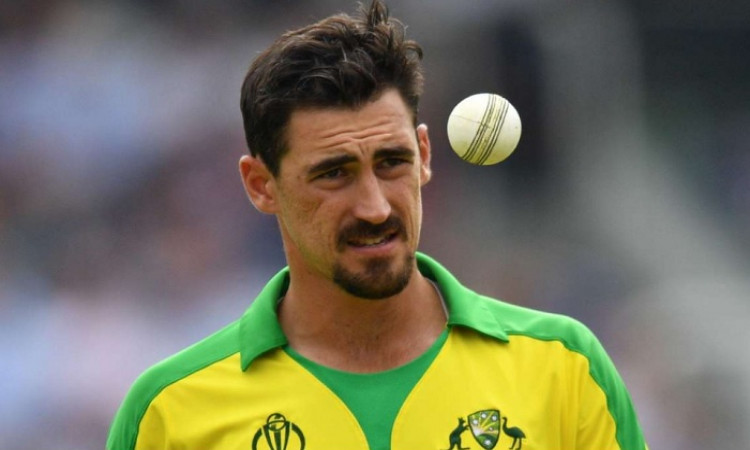 Melbourne, May 26:  Left-arm Australia pacer Mitchell Starc is pretty much excited at the prospect of playing a pink-ball Test against India when the two teams lock horns against each other towards the end of the year in the Border-Gavaskar Trophy.

India had refused to play a day-night Test on their last tour to Australia in 2018-19 when they, under Virat Kohli, registered their first-ever Test series win Down Under.

Also Read: Would have instigated Kohli to pull or cut me: Shoaib Akhtar

However, BCCI President Sourav Ganguly in February had agreed that there would be a pink-ball Test in the upcoming tour.

"I think absolutely a pink-ball Test in the series against India is a great thing," Starc was quoted as saying by cricket.com.au.

"The fans love it, I think it creates a different aspect to the contest, bat and ball are closer together in that contest.

"India played a pink-ball game in India so they're not completely foreign to it," he added.

Australia have played seven day-night Tests so far and have registered victories in all those matches. India, on the other hand, have played just one pink-ball Test against Bangladesh in Kolkata which they won comprehensively within three days.

"In terms of an advantage, if you like, we do have a good record at home with the pink ball," said Starc, who boasts an enviable record of 42 wickets at 19.23 from his seven day-night Tests.

"That might come into a home-ground advantage and it's no different to us going to India and they've got the advantage there.

"It'd be great to have a pink-ball contest in that series and from the little bits I've seen and heard, India are very much open to that as well so that's fantastic," he added.