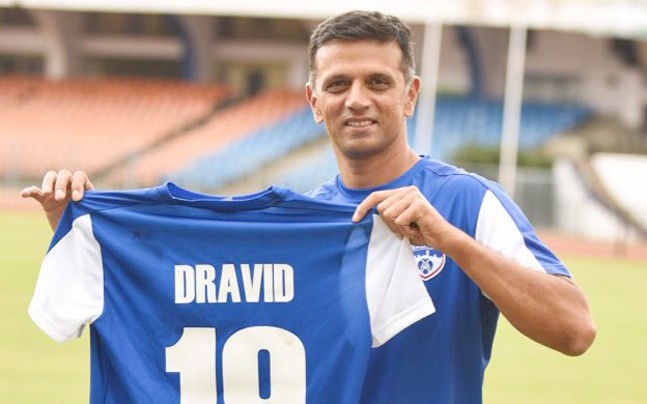 Speaking on the association, Dravid said he was thrilled at now being a part of the Blues, whose fortunes he has been following for a while now.

Bengaluru played in the I-League for the past four years. They have moved to ISL this season.

"It's great to be an ambassador for Bengaluru FC, a team who I have been tracking across the last four seasons. Also, the connect is instant given I am a Bengaluru boy," Dravid said in a statement.

"The way the city has responded to Bengaluru FC has been tremendous and the club has some of the most passionate fans. The ISL will be a new chapter in the club's history and I'm looking forward to being part of it in my capacity with Bengaluru FC," the 44-year-old said.

"It's been terrific to see the kind of progress Bengaluru FC has made over the last four years. It's been one of the most professionally run teams and the kind of engagement they have been able to create with the fans and the people of this city has been really nice to see," he added.

Bengaluru FC CEO Parth Jindal felt the club has found a perfect fit in Dravid to be ambassador.

"Getting Rahul Dravid involved with Bengaluru FC is a huge honour for all of us. Being a true Bengalurian and a believer in youth, we can think of no one who imbibes the values and ethics of this club more than him," he said.

The Blues kick off their debut season in the ISL with a home fixture against Mumbai City FC on November 19 at the Sree Kanteerava Stadium.