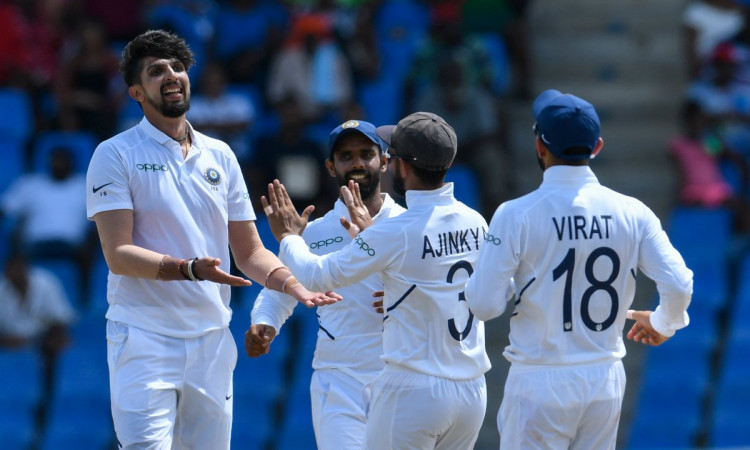 Kingston (Jamaica), Aug 29:  Right-arm pacer Ishant Sharma, who played a pivotal role in India's emphatic victory in the first Test against West Indies, will aim to add yet another feather on his cap when he comes out to bowl in the second game beginning Friday at the Sabina Park.

Ishant is currently tied with legendary skipper Kapil Dev at the second spot in the list of most wickets taken by an Indian outside Asia. Both Ishant and Kapil have 155 wickets to their name in 45 Test matches which they have played till now outside Asia.

If he manages to take one wicket in the upcoming Test, he will become the sole second place holder in this illustrious list. Legendary leg-spinner Anil Kumble tops the chart with 200 wickets to his name in 50 matches.

In the first Test which India won by 318 runs, Ishant picked up eight wickets in total (five in first inning and three in the second) and broke the backbone of the West Indies' batting line-up.

Overall, the 30-year-old has played 91 Tests in which he has scalped 275 wickets, including nine five-wicket hauls.