New Delhi, March 1: If the handling of Wriddhiman Saha and Bhuvneshwar Kumar in the past wasn't bad enough, Ishant Sharma breaking down after the first Test against New Zealand has once again raised eyebrows on the process followed at the National Cricket Academy (NCA) when it comes to injury management and rehabilitation. And BCCI officials feel that as NCA head Rahul Dravid must take responsibility of all actions in and around the academy. 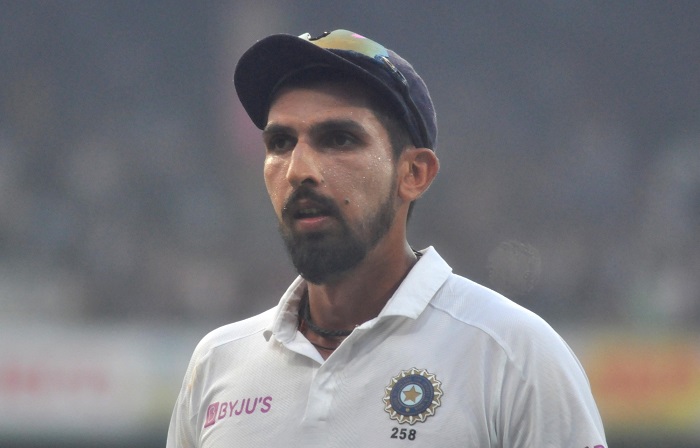 Speaking to IANS, a BCCI official said that the injury to Ishant once again brought to fore the questions raised by Indian players in the past over the way things are managed at the academy and how as a leader Dravid must stand up and put a stop to this.


2nd Test: Failure to get tailenders continue to haunt India

"It would be interesting to see what are the changes in the scan reports when he was declared fit and the ones taken now. Look, Dravid is one of the most respected players we have but administration is objective and ruthless. While one would think it blasphemous to be critical of his coaching or mentoring decisions, the decisions relating to administration will definitely be scrutinised and criticised, especially when they concern the handling of one of our most precious assets that is Ishant.

"Since Rahul is apparently the primary decision maker at the NCA, it would therefore only be natural that he should take responsibility for the processes and decisions," the official said.

The official further questioned the backing given to head physio Ashish Kaushik despite his repeated failures.

"Given the magnitude of backing that Dravid has lent to Kaushik, it is time for him to stand up and take responsibility for the blunders at the NCA. Maybe it would be better to hire an objective and neutral person as a Physio. Dravid must realise that there are new office bearers who are responsible to the General Body and things have changed over the past year," he explained.

A BCCI functionary pointed at how the whole Ishant episode once again showed that the NCA refusing to test Jasprit Bumrah's fitness since he had undergone rehabilitation away from the academy means nothing as the pacer clearly came back fully fit unlike Ishant.

"Does the fitness test really mean anything anymore? Bumrah wasn't administered a fitness test and has been playing without any problems and Ishant who had been cleared is injured again.

"I find it somewhat shocking that the NCA did not conduct a fitness test of Bumrah and this raises the larger question as to whether a fitness test is mandatory for someone returning from injury or no," the functionary pointed.

Ishant had famously thanked NCA head physio Kaushik after clearing the fitness test because initial scans post injury had shown that he would need six weeks to regain fitness. But it is all under the scanner once again with the medical staff in the Indian team also staying tight lipped about the extent of Ishant's injury.

"Ishant complained of ankle pain soon after bowling a few deliveries as part of his warm-up routine on Friday during India's optional training session at the Hagley Oval. The BCCI medical assessed him on the spot and he was taken for scans soon after. Once the scan results arrived later in the evening, Ishant was deemed unfit to take part in the second Test," the BCCI release had said on Saturday morning.

The pacer had suffered a Grade 3 tear on his right ankle while playing for Delhi in their Ranji Trophy encounter against Vidarbha at the Arun Jaitley Stadium. A day after the reports came in, the Delhi and District Cricket Association had clearly said that the pacer was all but out of the Test series against New Zealand as he had been asked to rest his leg for six weeks.