Senior bowler Ishant Sharma is in doubt for India's test tour of Australia after being ruled out of Indian Premier League(IPL) 2020 due to an abdominal muscle tear. 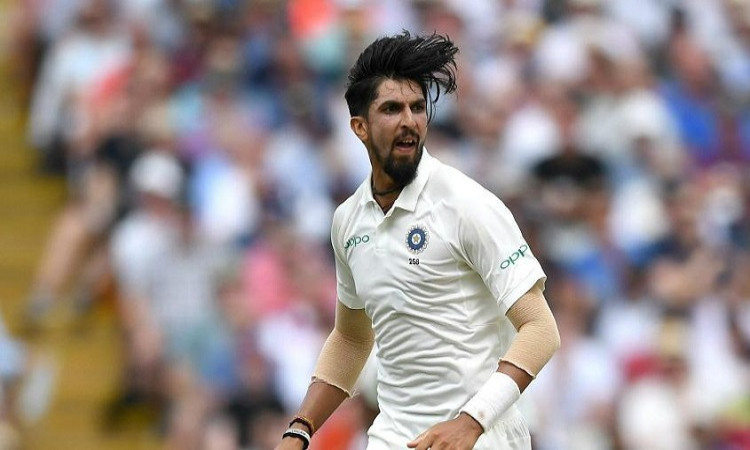 The 32-year-old fast bowler was part of the Delhi Capitals(DC) camp in this year's IPL. He got injured during a training session said the official statement issued by the Delhi franchise.

"Ishant Sharma experienced an acute episode of left rib cage pain while bowling at a team training session on 7 October in Dubai. Subsequent investigations revealed that he sustained a left internal oblique muscle tear. This injury will, unfortunately, rule him out of the remainder of the IPL 2020," the release stated.

Sharma, in his previous tour to Australia, played a major role in India's historic test series in 2018-19. Ishant picked up 11 wickets in three matches at an average of 23.82.

The lanky fast bowler has been in terrific form in the longer format of the game. He has played 97 test matches in which he has taken 297 wickets. He last played for India against New Zealand earlier this year, he picked up a five-wicket hall in the first test match. He was ruled out of the second test due to ankle injury.

The Indian team will be touring down under later this year. BCCI is expected to announce the squads once Cricket Australia(CA) finalizes the tour's itinerary.