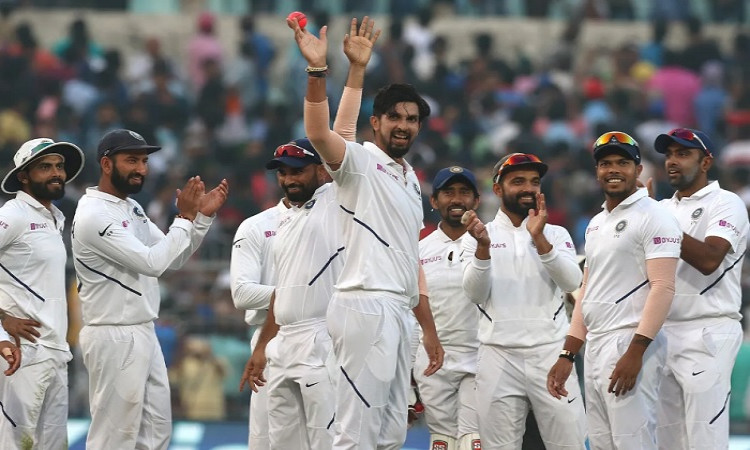 New Delhi, Jan 21:  Senior India pacer Ishant Sharma is all but out of the Test series against New Zealand after he suffered a Grade 3 tear on his right ankle while playing for Delhi in their Ranji Trophy encounter against Vidarbha at the Arun Jaitley Stadium. The official statement from the BCCI is awaited.

Speaking to IANS, DDCA director Sanjay Bhardwaj said that the pacer was all but out of the Test series against New Zealand as he has been asked to rest his leg for six weeks.

"He has been advised complete rest for six weeks, so there is little chances of him playing the Test series against New Zealand next month. When he goes to the National Cricket Academy will depend on his getting into a position where he can walk properly," the former cricketer said.

The 31-year-old picked up the injury in the fifth over of Vidarbha's second innings -- his third. Ishant was seen writhing in pain and had to be taken off the ground as he needed medical attention. Ishant returned figures of 3/45 in Vidarbha's first essay.

Ishant underwent an MRI scan on Monday and the report on Tuesday showed that he had a tear. While the first Test is set to be played from February 21 to 25, the second Test is from February 29 to March 4.

The Indian team has in recent times seen quite a few injury issues and the trio of Hardik Pandya, Bhuvneshwar Kumar and Shikhar Dhawan are at the National Cricket Academy at present. While Pandya will complete his rehab after undergoing back surgery, Bhuvneshwar underwent surgery for sports hernia and Dhawan injured his shoulder in the last ODI against Australia on Sunday.

Pace spearhead Jasprit Bumrah also returned to the squad during the series against Sri Lanka after undergoing rehabilitation for a stress fracture on his back post the Test series against West Indies.