Ishant bowling at other end helped me get wickets: Simarjeet Singh

New Delhi, Dec 26छ It is not everyday that Delhi bowlers get to bowl in tandem with India pacer Ishant Sharma, but with the fast bowler playing Delhis Ranji Trophy game against Hyderabad at the Arun 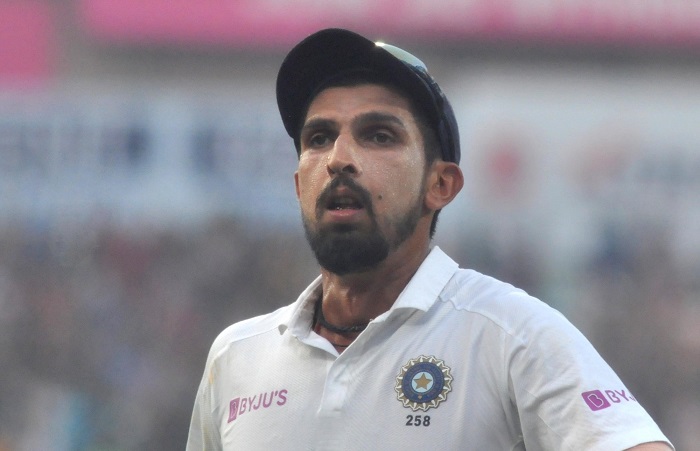 New Delhi, Dec 26छ It is not everyday that Delhi bowlers get to bowl in tandem with India pacer Ishant Sharma, but with the fast bowler playing Delhis Ranji Trophy game against Hyderabad at the Arun Jaitley Stadium, Simarjeet Singh got the opportunity on Wednesday and made the most of it as he finished with figures of 4/23 in Hyderabads first innings.

Speaking at the end of the second day's action, the pacer said that it was a lesson he will treasure as he bowled in partnership with Ishant.

"I got to learn a lot from him. He tells me a lot on what lines to bowl and what to do. I got a lot of help because of that. Our coach told me to bowl in right lines.

"The batsmen won't take a lot of risks against Ishant. So they took risk maybe off my bowling. That is why I got wickets I feel. I wanted to bowl maidens and support Ishant bhaiya," he smiled.

Asked if Hyderabad failed to rise to the challenge as they folded up for just 69 in their first essay and followed on, the pacer said it was also about bowling in good areas.

"Their batting was not below par. We bowled in the right areas. This was the plan. We wanted to get them out for a low total. We also got help from the wicket," he pointed.

He might be a youngster in Delhi's Ranji Trophy squad, but sports runs in the blood as his father was a former hockey player.

"My parents support me a lot. My dad (Hardeep Singh) has played nationals and state-level hockey. He used play as left back. I have played a lot of hockey, play now also for fitness on Sundays," Simarjeet concluded.