Yusuf has hit a purple patch in the Legends League Cricket (LLC), which is being played in India for the first time. 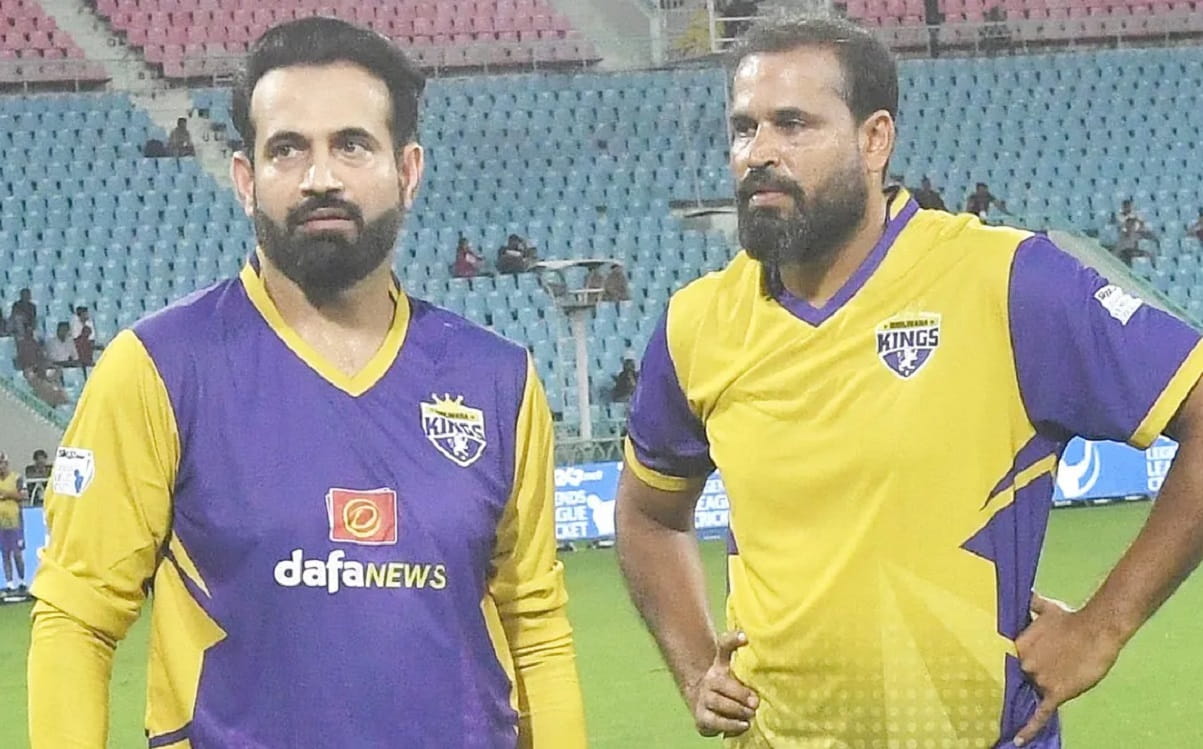 Soon after Yusuf Pathan helped India Maharajas beat World Giants in a special benefit match at the Eden Gardens in Kolkata on September 16, Irfan Pathan shared a video of his brother Yusuf with the groundsmen on social media. The caption read: "There is still a lot of cricket left in you, Yusuf."

Yusuf has hit a purple patch in the Legends League Cricket (LLC), which is being played in India for the first time.

After scoring a half-century against World Giants, the big-hitting Bhilwara Kings batter followed it up with a 44 against Manipal Tigers. He peppered the ground with his shots, hitting mammoth sixes and sumptuous boundaries at will, the organisers informed in a release on Tuesday.

The former India all-rounder will aim to continue the same form when his side Bhilwara Kings face India Capitals at the BRSABV Ekana Cricket Stadium, Lucknow on Wednesday.

"Yusuf has been brilliant for us. Fidel Edwards has done the job in the bowling department. We are shaping up well," Kings' captain Irfan had said after their first match.

But it might not be as easy as it sounds for Yusuf this time. The GMR group-owned India Capitals will be aiming to make a strong comeback in the league after losing their first match to Gujarat Giants. The likes of fiery pace bowlers Mitchell Johnson and Liam Plunkett will be looking to show that they still have the fire in them to trouble batters.

The legendary player can turn a game on its head and the team will be expecting him to fire against Kings.

However, the Capitals' middle-order looks solid with Ashley Nurse hitting a terrific century in their last match. Capitals will certainly bank on his heroics if the top-order comes a cropper again.

The match between Bhilwara Kings and India Capitals will be the last one in Lucknow before the caravan moves to New Delhi. The other two teams Gujarat Giants and Manipal Tigers have already reached the Capital.