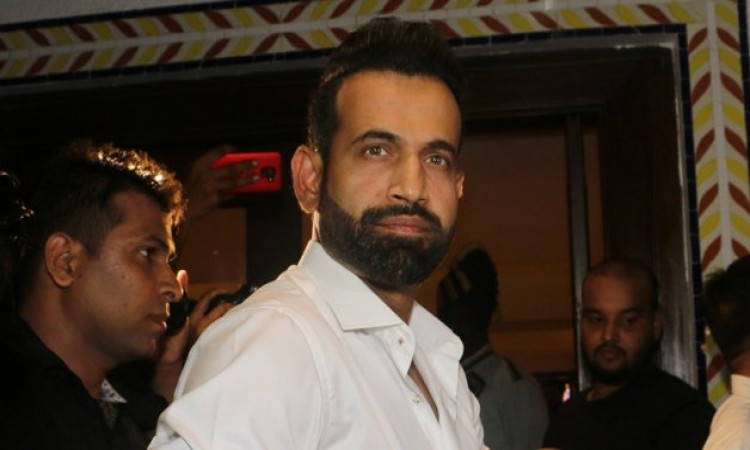 Kolkata, Sep 8:  The boys from Jammu & Kashmir are sweating it out at the Moti Bagh Ground in Baroda as they prepare for the upcoming domestic season of the Board of Control for Cricket in India. Till a couple of days back, they weren't even sure what the future had planned for them. After all, it wasn't any normal time in the life of these cricketers from the Valley.

The abrogation of Article 370 by the Indian government and the advisory before that saw the boys being asked to leave the state. There was a month of inactivity from early August till the start of September when the players did not have a place to stay. It was then that mentor Irfan Pathan spoke to officials of the Jammu and Kashmir Cricket Association, including CEO Ashiq Ali Bukhari and planned to give advertisements on television which drew the Kashmiri players to report to the JKCA office in Jammu.

"The plan worked after we put out the advertisement late August. Then we decided to bring them to Baroda and hold a camp before the Vijay Hazare Trophy," Irfan told IANS.

Due to the curfew in many parts of the valley after the state got special status, the players could not be contacted and it was then that Bukhari and administrator C.K. Prasad finally met in Delhi to create a solution.

The camp has been underway from August 6 at Baroda under the watchful eyes of Irfan but to come this far, it was nothing short of a struggle. First the JKCA had to stay away from the Vizzy Trophy after it failed to connect with the players due to a communication breakdowm in the valley.

"We had started the camp in mid-June and we had made good progress. When the camp got called off in early August, it was time for the matches and training. We know that we are running behind time but we needed to find a way to make sure boys stay in good frame of mind to play a certain level of cricket," Irfan said highlighting the problem they faced in the lead up to the Vijay Hazare Trophy which begins on September 24.

There is only one ground in Jammu and it became impossible to practice there as other age-group players also needed to train. Usually, the team trains in Srinagar till early November and then shifts to Jammu during winters.

"It is not an ideal situation. We are slightly under-prepared but we will try our best," Irfan said after the boys -- 26 of them led by captain and India international Parvez Rasool, trained for the first time in Baroda.

It was a five-hour long session with a lunch break in between but the highlight was a bonding session as Irfan stressed there will be a lot of fun games done to keep their mental health in the right space."When I met them, they did look rusty due to lack of training. But in the next couple of weeks they will pick up hopefully," said Irfan, who has been doing a lot of personal talk with each of the players to keep them in the zone.

With preparations not being ideal, Irfan, who has played 29 Tests, 120 ODIs and 24 T20Is for India -- and won the inaugural T20 World Cup in 2007, said the aim is to take one day at a time and ensure the boys perform to the best of their abilities.

The Vijay Hazare Trophy is likely to be played across four venues -- Bengaluru, Jaipur, Baroda and Dehradun.