Ireland will clash against Afghanistan in the 2nd game of the five-match T20I series. 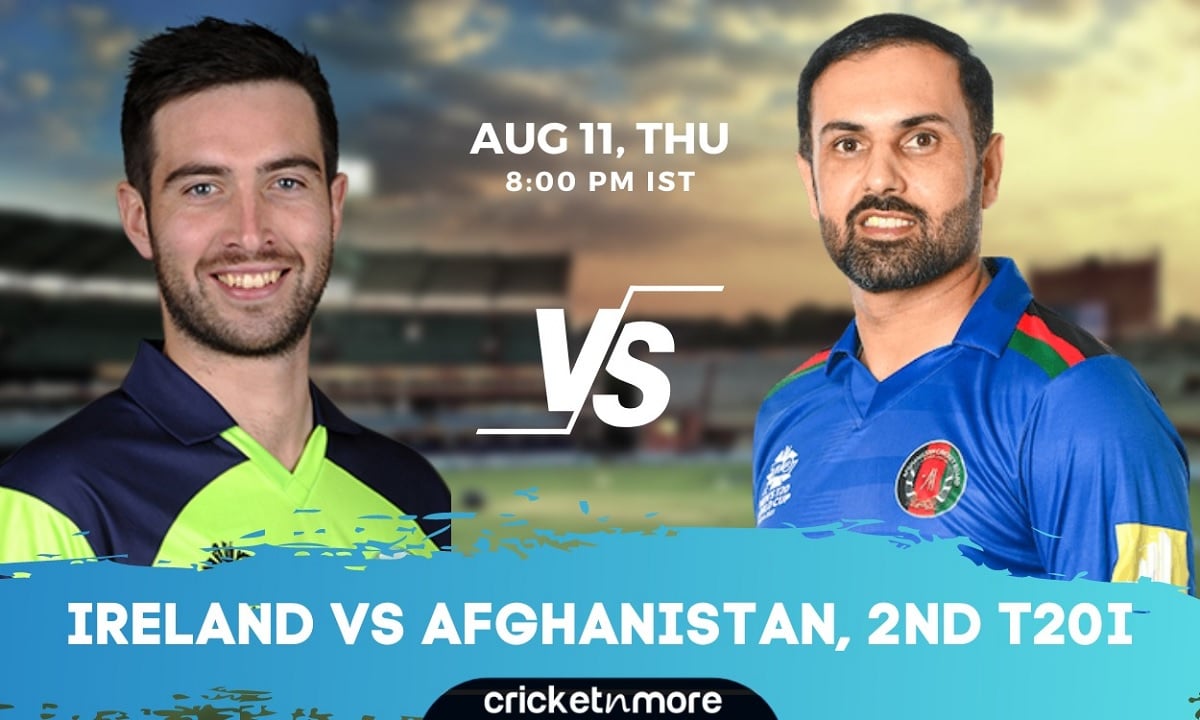 Ireland will clash against Afghanistan in the 2nd game of the five-match T20I series.

Ireland defeated Afghanistan with one ball remaining in a seven-wicket victory in Belfast, snapping an eight-match losing streak in Twenty20 international play.

Batting first, Afghanistan struggled to time the ball on the two-paced Belfast wicket, which was even quite obvious as they had only played five T20Is in 2022 before to the game and no international cricket since June 14. Usman Ghani's fourth T20I half-century and Ibrahim Zadran's fast 18-ball 29* in the last overs helped the visitors reach 168 for 7 in 20 overs.

Chasing the par total, Ireland's opening pair of Paul Stirling (31 off 29 balls) and skipper Andrew Balbirnie (51 off 38 balls) got off to a strong start with a stand of 61 in 7.3 overs.

Harry Tector (25*) and Dockrell (10*) secured Ireland a much-needed victory as wicketkeeper Lorcan Tucker kept the momentum going with 50 off 32 balls.

For Afghanistan Mujeeb, Nabi, and Naveen-ul-Haq were the only bowlers to take one wicket each.

In the second match that is to be played on Thursday, Afghanistan will be hoping to level the series and on the other hand Ireland will try to expand their lead in the five-match T20I series.

Match Prediction: Who Will Win The Match? IRE vs AFG

Ireland won the first game against Afghanistan with ease and they win start as favourites in the second T20I.

There is no injury update from both the teams.