Ireland booked their ticket in the fourth regional qualifier for next year's ICC Men's Under-19 Cricket World Cup in the West Indies, overcoming Scotland in the Europe Qualifier Final in Spain. 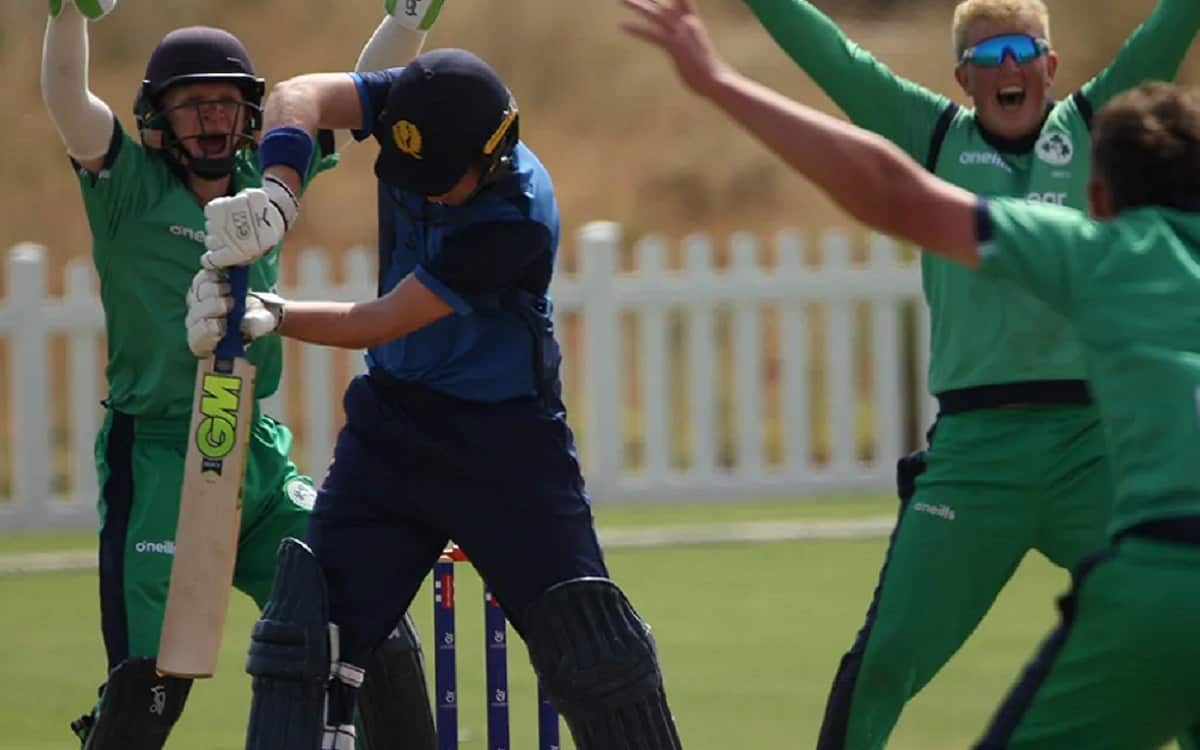 Despite dropping their tournament opener to the Netherlands, the first time they had lost to the Dutch at Under-19 level in eight years, Ireland stormed to tournament victory, largely thanks to performances with the ball and in the field.

Defeating Jersey by 40 runs in their second match, Ireland only squeezed into the final after bundling Scotland out for 44 in their final group game, with the 95-run win enough to force an effective re-match between the two in the tournament's final two days later, the ICC said in a report on their official website.

In similar fashion to their group game, Ireland batted first and were bowled out for 144, only five runs more than their 139 in the previous match-up. It mattered little to the men in green, once again turning the screws with the ball, bowling the Scots out for 66.

Spin was king throughout the week in Almeria, with the Desert Springs Cricket Ground conditions suiting Ireland left-arm orthodox Matthew Humphreys to a tee. Taking 5/25 in the final to back up his 4/11 against the same opponents two days beforehand, his exploits were fittingly rewarded with Player of the Tournament honours.

The European Qualifier's conclusion means that just the solitary qualification spot for next year's World Cup is up for grabs, via the African Qualifier. Namibia, Nigeria, Tanzania, Uganda and hosts Rwanda will battle for the spot, with action beginning in Kigali at the Gahanga International Cricket Stadium from September 30.

Asia, Americas and East Asia-Pacific qualifying were cancelled due to the Covid-19 pandemic, meaning United Arab Emirates, Canada and Papua New Guinea were respectively given direct qualification, based on past performances.

All Full Members with the exception of Ireland were automatic qualifiers for next year's competition.