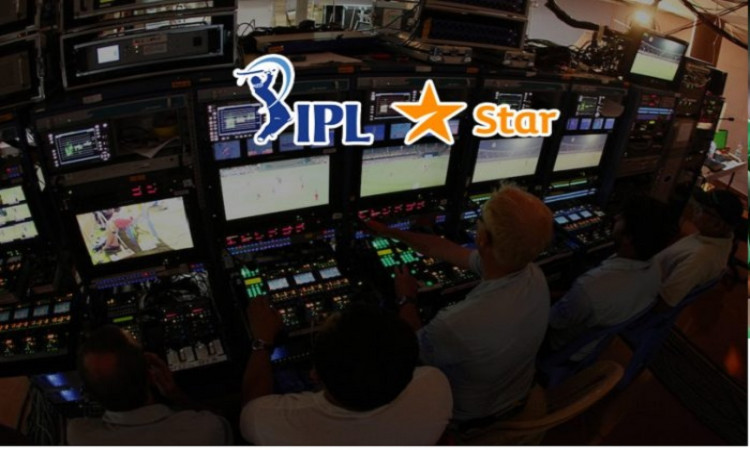 Doubts about a timely start of the upcoming edition of the Indian Premier League (IPL) grew further as at least one member of the STAR production crew, who was in the first batch to leave India for the United Arab Emirates (UAE) on Monday, tested positive for coronavirus, forcing the official broadcaster to postpone their flights.

The 13th edition of IPL, which is scheduled to start on September 19, has already been jolted with 13 personnel, including at least two players of the Chennai Super Kings, testing positive and Suresh Raina, a permanent fixture of the Chennai-based franchise, returning to India after some disagreement with the CSK management.

Also Read: Babar Azam Looks Like A Lost Cow To Me: Shoaib Akhtar

Indians are expected to form the largest chunk of different departments of the STAR production team, and the first batch was scheduled to leave from Bengaluru, Delhi, Kolkata, and Mumbai on Sunday, multiple sources told IANS. But STAR India on Sunday asked all of them to wait till it issues the next advice.

"STAR had asked the first lot of Indian crew members to reach the UAE from India on August 31, after reports of their Covid-19 tests, which were hurriedly done on Saturday on receiving instructions from the broadcaster. But one of them has tested positive and on getting this news the broadcaster immediately sent another instruction to all the personnel to defer their August 31 Emirates flight to the UAE," a reliable BCCI-IPL source told IANS.

Earlier, the production team members were to reach the UAE and straightaway go into quarantine. But now, not only has their departure been postponed but their quarantine period may also be longer once they reach the UAE.

The most surprising aspect is that the BCCI has still not released the IPL match schedule, with only 18 days left for the world's most lucrative cricket competition to start. This, coupled with the large numbers of Covid positive tests, have put a serious question mark on the tournament, which the BCCI is desperate to organise as a lot of money is riding on it.

The BCCI-IPL source said that STAR might now wait and watch developments vis-a-vis Covid results of the other production team members -- and also the development within the eight competing teams now in the UAE, besides the strict protocols in Abu Dhabi particularly. The matches are to be played in Abu Dhabi, which was also to stage the opening game between CSK and Mumbai Indians, Sharjah, and Dubai. All three emirates have different protocols and that has further made life difficult for all associated with the IPL.

"Now, major changes could be effected in the IPL following a spate of positive Covid-19 test results of team personnel and now a crew member of the production team. One could also see changes in the opening game, which was likely to be played in Abu Dhabi, between champions Mumbai Indians and runners-up CSK. One big reason is that the number of positive Covid-19 cases are rising in Abu Dhabi, though initially Dubai and Sharjah were more affected," said the source.

"But the authorities here don't release the numbers of positive cases separately for all seven emirates; the numbers released are collective for the entire UAE. So, one cannot exactly say which emirate is most affected based on number of cases. Nonetheless, Abu Dhabi seems to be most impacted as of now, as can be seen from the strict protocols put in place," a local resident of Abu Dhabi told IANS.

Another roadblock for IPL could be a disagreement between the Dubai and Abu Dhabi governments over Covid protocols. As a result, Abu Dhabi has sealed all its entry and exit points connecting Dubai. One can enter Abu Dhabi only if a person has valid documents that prove that he/she is Covid negative. There are said to be long queues at the Abu Dhabi-Dubai border waiting entry into Abu Dhabi. All this could impact the IPL.