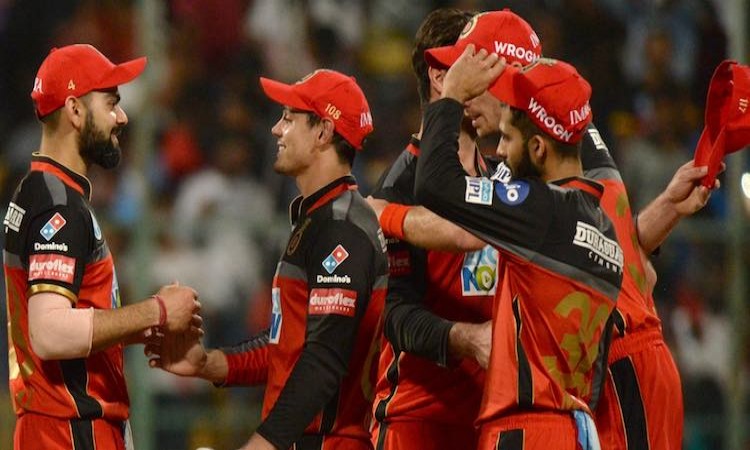 Indore, May 14 - Royal Challengers Bangalore (RCB) on Monday put up a spirited show on the field to bundle out Kings XI Punjab for a paltry 88 -- the second lowest total of this Indian Premier League (IPL). SCORECARD

Pacer Umesh Yadav (3/23) starred with the ball and was well complemented by the fielders effecting three run-outs as only three of the Punjab batsmen could manage to reach double figures on a flat track at the Holkar Stadium here on Monday.

Put in to bat, the hosts squandered a decent 36-run opening start from Lokesh Rahul (21 off 15 balls; 6x3) and Chris Gayle (18 off 14, 4x4) before losing both the openers in the fifth over of the innings.

Umesh could have got RCB a dream start had stumper Parthiv Patel held on to Gayle's nick in the very first over, but the bowler had the last laugh when he dismissed both the openers in the fifth over off similar deliveries.

While Rahul was caught by Colin de Grandhomme at deep square leg, Gayle went out off a top edge caught by Mohammed Siraj at the same position two balls later.

Siraj immediately joined the party with the wicket of No.3 Karun Nair (1) brilliantly caught by skipper Virat Kohli at slip before Australians Aaron Finch (26) and Marcus Stonis (2) joined forces.

But the tourists were in no mood to let the Aussies settle down as leg-spinner Yuzvendra Chahal broke through the defence of Stoinis.

Finch curbed his natural instincts for a patient knock but found the going tough against the disciplined RCB bowlers before eventually losing his wicket to off-spinner Moeen Ali.

Punjab skipper Ravichandran Ashwin (0) departed the very next ball, thanks to a brilliant throw from Pawan Negi as the home side tottered at 78/7 after 12 overs.