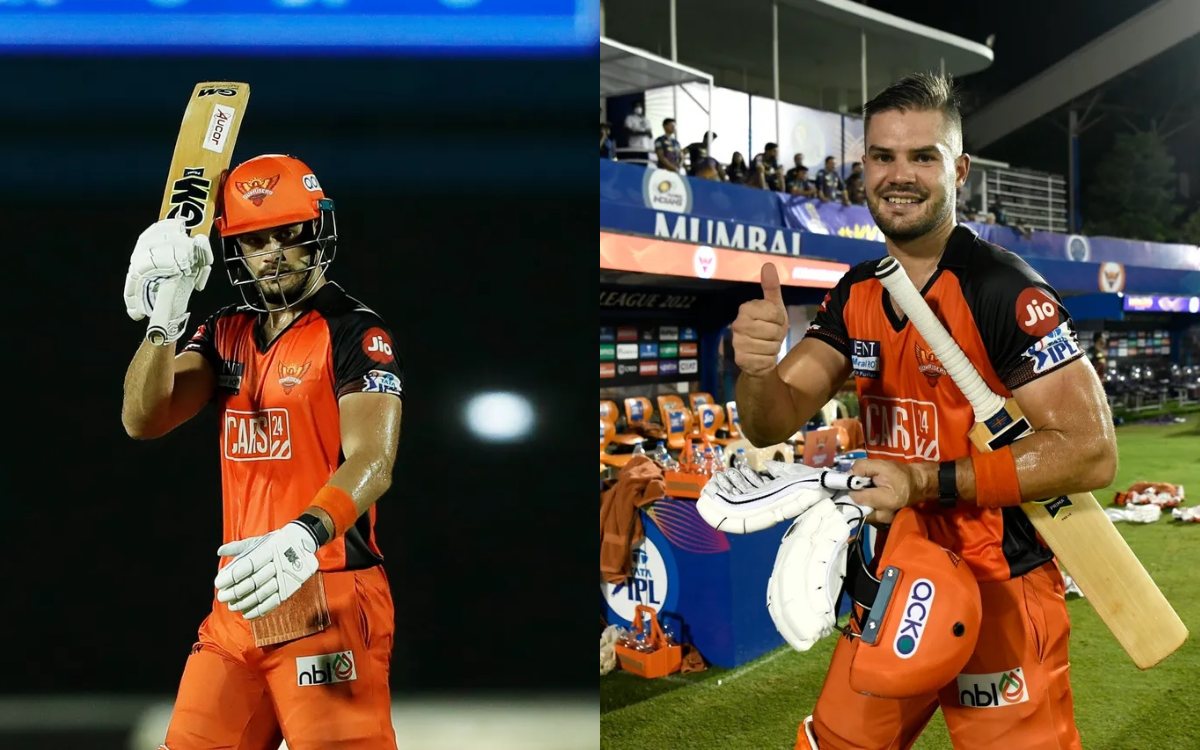 Chasing 176 for victory, Hyderabad were powered toward victory by a third-wicket partnership of 94 between Tripathi (71) and Markram (68 not out) and went on to achieve their target with 13 balls to spare in Mumbai.

Tripathi set the tone for Hyderabad's dominance with his 21-ball fifty and repay the team's faith after he was bought for $1.13 million in the February auction of the Indian Premier League.

The uncapped Indian, who played for Kolkata last season, fell to Andre Russell after his 37-ball blitz including four fours and six sixes but Markram kept up the charge for the Kane Williamson-led side.

South Africa's Markram finished off the chase with a four and two sixes as Sunrisers won three in a row after their opening two losses this season of the Twenty20 tournament.

"It's nice to bat and when a guy like Tripathi gets going, makes it easy," said Markram. "In the past we've taken it in the last over and lost the game, so thought of finishing it off quickly."

Earlier Nitish Rana, who made 54, and Russell, who hit an unbeaten 49, guided Kolkata to 175 for eight after being invited to bat first.

Australia's white-ball skipper Aaron Finch did not last long in his first outing for Kolkata, caught behind for seven off Marco Jansen.

Natarajan then struck twice in one over to send back Venkatesh Iyer and Sunil Narine to push Kolkata on the back foot.

Wickets kept tumbling as Shreyas Iyer attempted to rebuild in his 28-run stay before Malik, who clocked speeds up to 150 kmph (93 mph) bowled the skipper with a yorker.

Rana hit back with Russell for company and reached his fifty in 32 balls.

The duo added 39 runs for the sixth wicket and Russell kept up the tempo after Rana's departure in the 18th over.

The West Indian all-rounder, nicknamed 'Muscle' Russell for his power-hitting, finished off the innings with two sixes and a four in his 25-ball knock but it was not enough in front of the Tripathi show.