Sanju Samson's century went in vain as Punjab Kings(PBKS) sealed a thrilling last-ball win over Rajasthan Royals(RR) in the 4th match of the IPL 2021 on Monday. 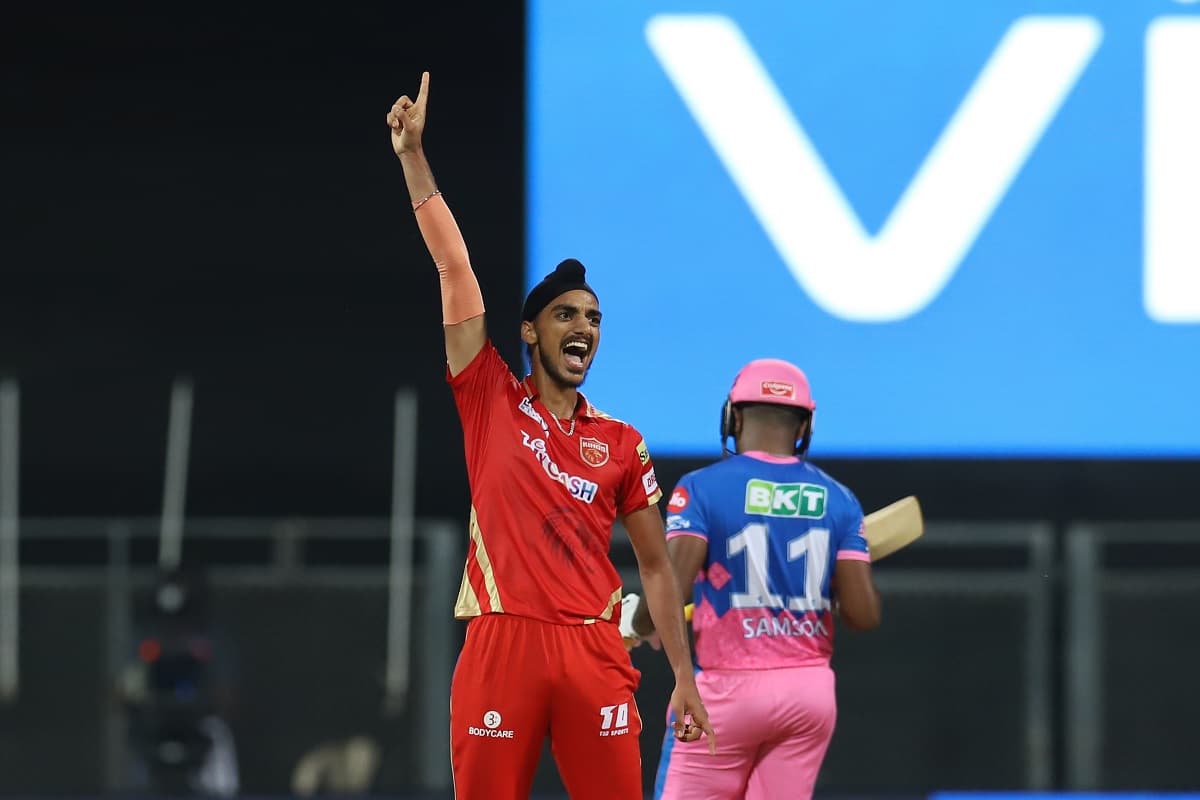 Needing 13 from the final over, Sanju Samson had already reached his second century of the IPL in 54 balls and became the first man to smash a ton on IPL captaincy debut. With him was the season's most expensive player - Chris Morris. Young Arshdeep Singh was given the duty to defend the score and he didn't disappoint as RR fell short by 4 runs.

Samson, after denying Morris a strike to face the last ball, had to hit a four or a six to either take the game to super over or win. The skipper hit but got caught at the boundary as Rajasthan was denied what could be one of the finest run chases in the tournament's history.

Arshdeep ended up taking three wickets in his four overs while conceding 35 runs.

Samson built his innings smartly since he kept losing wickets at regular intervals at the other end. Jos Buttler(25 off 13), Shivam Dube(23 off 15), and Riyan Parag(25 off 11) all contributed well but not enough in the end.

Earlier, Punjab Kings were asked to bat first and they got off to good start scoring 46 runs in the powerplay despite losing Mayank Agarwal early.

KL Rahul and Chris Gayle added 67 runs from 45 balls for the second wicket to set up a strong base for the rest of the batters.

After Gayle got dismissed on 40, Deepak Hooda joined captain Rahul in the middle and two went on to add 105 runs in just 47 balls. Hooda in particular was brutal with the bat as he smashed 64 off 28 balls with the help of six sixes and four fours.

Rahul continued to play his shots at the other end and only got out in the last over for a score of 91. His innings included seven fours and five sixes.

Chetan Sakariya had a dream debut for Rajasthan Royals as he took three wickets for just 31 runs in his four overs and also picked a blinder at the short fine leg to dismiss Nicholas Pooran for a first-ball duck.