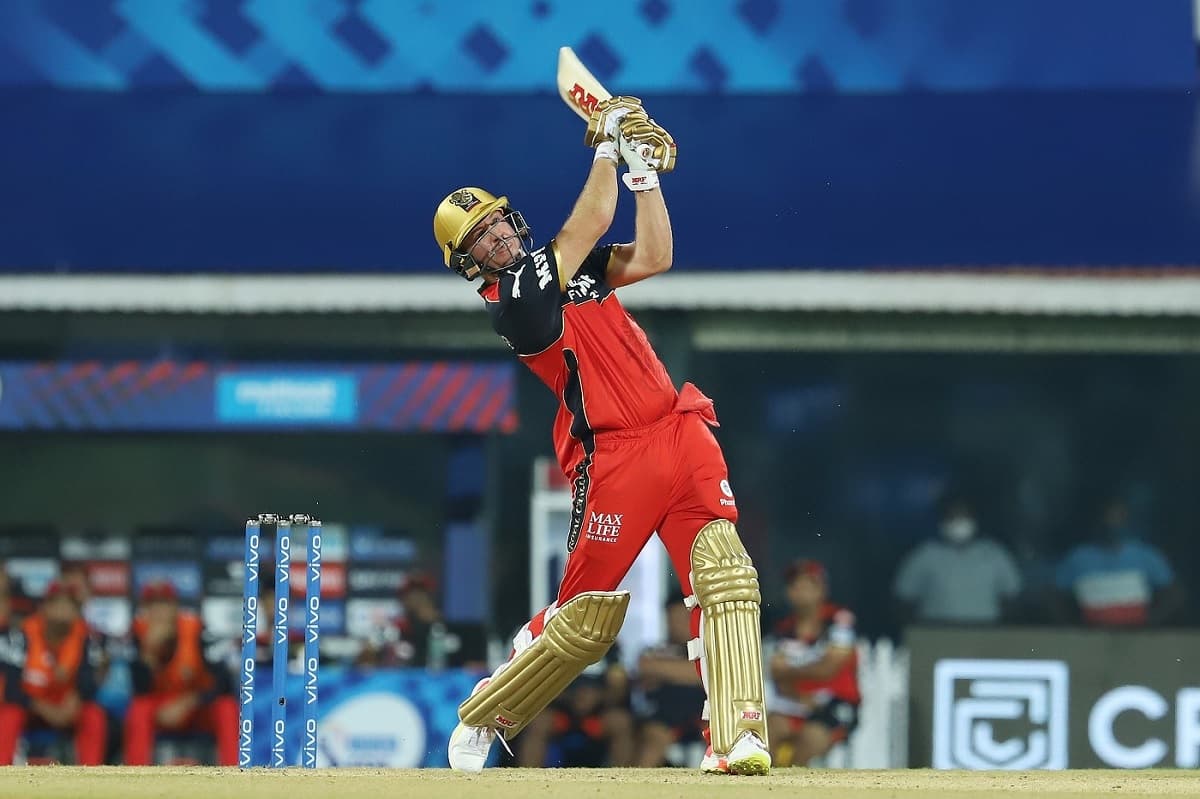 
'Never Seen This Side Of Rahul Bhai': Dravid Shocks Kohli And Co. With His 'Gunda' Look

de Villiers smacked 48 off 27 with the help of four fours and two sixes to get RCB into the winning position before getting runout when only two runs were needed.

Harshal Patel, who earlier took a five-wicket haul, sealed the win on the last ball when only one run was required. This is Bangalore's first win while playing a season opener.

Virat Kohli surprised everyone when he asked Washington Sundar to open with him to start the run-chase of 160 runs. Although, the move failed as Sundar couldn't score freely and only made 10 from 16 balls before getting caught at the short-third man.

Kohli started well from the other end to make sure RCB get 46 runs from the powerplay overs. RCB captain along with Glenn Maxwell added 52 runs for the third wicket to set the base for the chase. Maxwell smashed 39 off 28 balls with the help of three fours and two sixes.

Kohli's wicket in the 13th over triggered a middle-order collapse as de Villiers was left stuck at the other end with score reading 122/6 in the 17th over.

Kyle Jamieson supported de Villiers well as they added 30 runs from the next 13 balls, turning a slipping game in favor of them.
Earlier, Mumbai Indians were asked to bat first after Virat Kohli finally managed to win a toss. MI started decently as they scored 41 in the first six overs despite losing Rohit Sharma for 19.

Suryakumar Yadav and Chris Lynn, who was making his debut for MI, added 70 runs for the second wicket and set up a good platform for a solid total. Yadav made 31 off 23 while Lynn got out one short of his fifty. Ishan Kishan also played a decent cameo of 28 runs from 19 balls.

Mumbai's deadly trio - Hardik Pandya, Kieron Pollard, and Krunal Pandya failed to give a perfect finish to the team as Harshal Patel ran through the lower order.

Patel conceded just one run in the final over of the first innings and took three wickets to get to his maiden five-wicket haul in IPL. The last ball of the innings also saw a run-out as MI lost four wickets in the last six balls, which probably made a difference in hindsight.