With pace bowler Bhuvneshwar Kumar back in their ranks, SunRisers Hyderabad (SRH) will take on Kolkata Knight Riders (KKR) in the third match of the Indian Premier League (IPL) at the MA Chidambaram Stadium here on Sunday night. 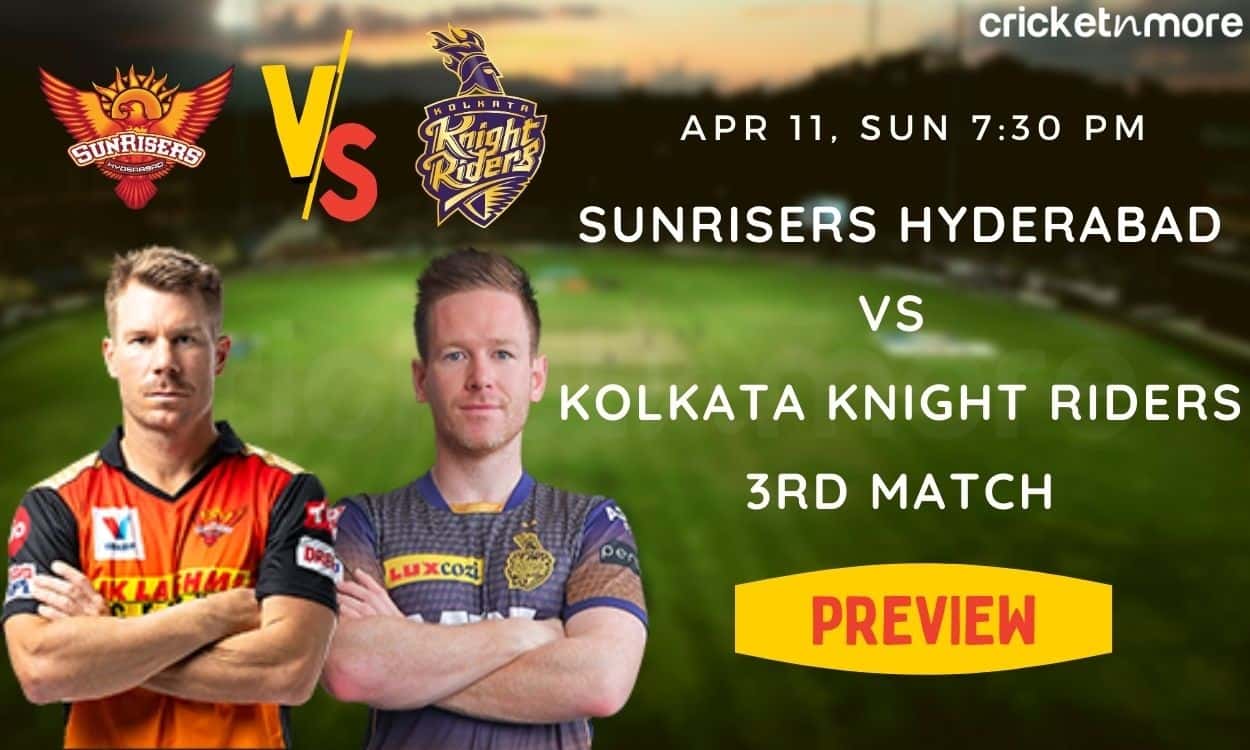 The Hyderabad franchise, though more powerful and well-rounded and having qualified for play-offs last year, have an inferior head-to-head record against their Kolkata counterparts.

SRH have won just seven of the 19 encounters between them and have lost 12.

However, man to man in all departments, they look far stronger than Eoin Morgan's KKR.

David Warner and Jonny Bairstow have put up several century partnerships for SRH. Bairstow has been in great form and is already warmed up after success in the recent limited-overs series against India.

The return of India pace bowler Bhuvneshwar will strengthen their bowling attack, which already has the likes of Rashid Khan, Jason Holder, and T Natarajan.

Bhuvneshwar missed a part of last year's IPL due to an injury. The right-arm pace bowler did well in the recent limited-overs series against England.

The SRH pace attack, as well as spin attack, will be a challenge for KKR who struggled with their batting in the last IPL season in the UAE.

KKR's hard-hitting all-rounder Andre Russell failed to get going with the bat and that had a massive impact on their batting.

A lot will depend on skipper Eoin Morgan, batsmen Shakib Al Hasan and Shubman Gill as well as Russell if KKR are to score big in the first match of the tournament against a strong SRH bowling line-up.

Pat Cummins will lead their bowling and Russell mixes the deliveries well. It is their batting though which will have to rise to the occasion.