In the 26th match of IPL 2021, Punjab Kings(PBKS) will take on Royal Challengers Bangalore(RCB) in Ahmedabad. PBKS lost to KKR in its last game while RCB won against DC. 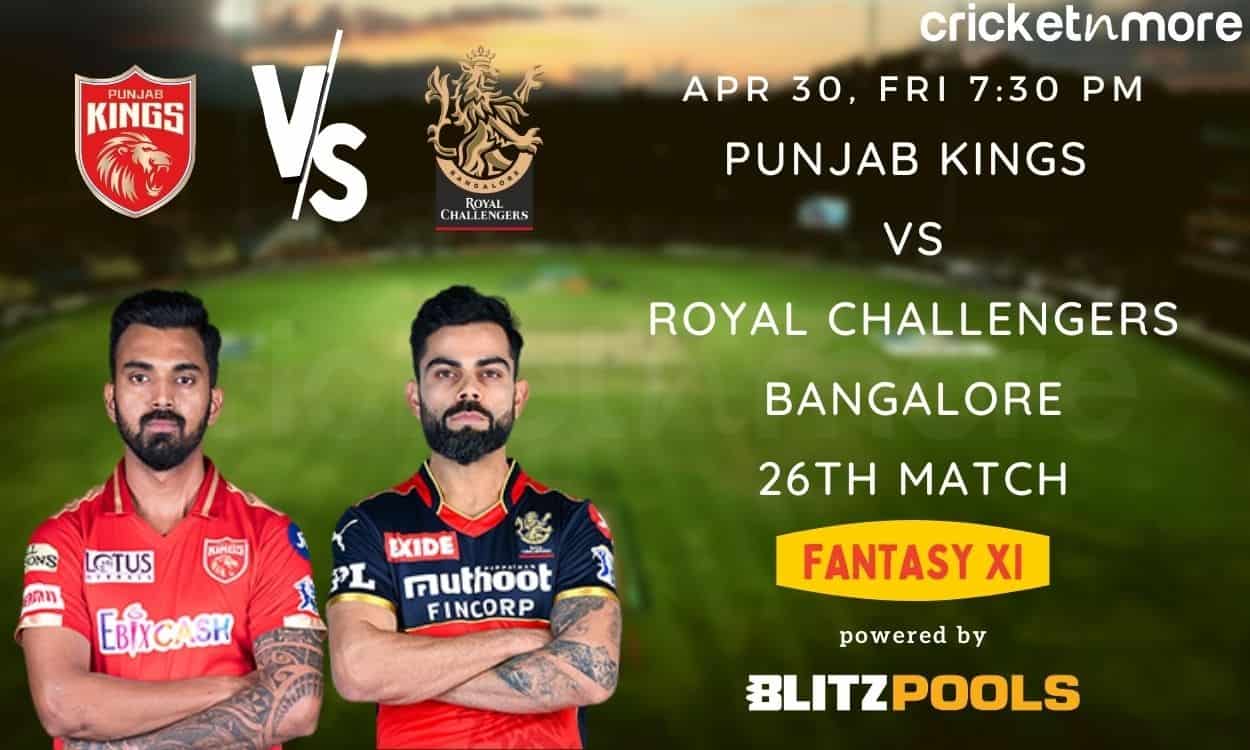 Punjab Kings' batting lineup hasn't fired as it should have so far this season. The batsmen have been inconsistent and slow in their approach. KL Rahul needs to step up the gas along with Mayank Agarwal. Chris Gayle might get replaced by Dawid Malan at the number 3 position in this game.

The bowling has been comparatively better. Ravi Bishnoi has been impressive in the two games he has played so far. Chris Jordan could be the game-changer for Punjab.

Royal Challengers Bangalore's batting is in great form this season. In each game, at least one batsman steps up to control the innings. Apart from the usual suspects - Virat Kohli, Devdutt Padikkal, Glenn Maxwell, and AB de Villiers, Rajat Patidar is a good pick for the fantasy team.

Daniel Sam's all-round skills give good depth to the team. Mohammad Siraj is a key bowler for RCB this season.

Punjab Kings has been a slightly better head-to-head record against Royal Challengers Bangalore in the past. However, in this season RCB is looking favorites to win against them.