Nitish Rana's 80 and disciplined bowling helped Kolkata Knight Riders(KKR) defend 188 runs against Sunrisers Hyderabad(SRH) in the 3rd match of the IPL 2021 on Sunday. 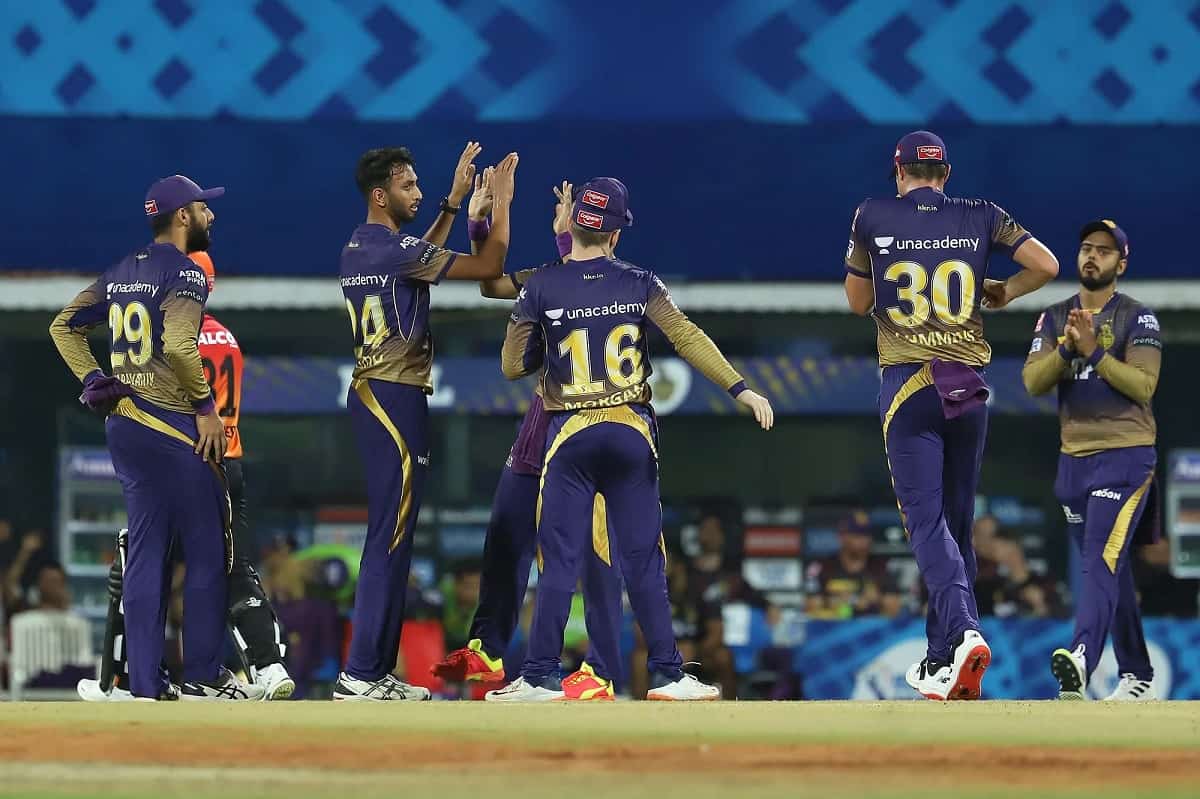 Chasing 188, SRH lost both their openers - David Warner and Wridhiman Saha - early in the innings, leaving Manish Pandey and Jonny Bairstow to rebuild the innings.

While Pandey played an anchor, Bairstow operated in his usual way as he smashed 55 off 40 balls with the help of five fours and three sixes. The two added 92 runs for the third wicket in 67 balls and set up a good platform for the rest of the batters to finish the job.

However, Hyderabad lost wickets at regular intervals after Bairstow's dismissal and remained behind the required run rate. Pandey, though, kept the run flow going from the other end but he too failed to score boundaries on a tricky pitch, which ultimately cost them a win.

Abdul Samad, though scored 19 off 8 balls to get the equation down to 22 from the last over but disciplined and accurate bowling from Andre Russell didn't let SRH cross the line. Manish Pandey remained not out 61 from 44 balls. He hit just two fours and three sixes during his innings.

Earlier, Hyderabad's captain Warner asked Kolkata to bat first. KKR was off to a flyer courtesy of some power batting by Nitish Rana as they scored 50 in the powerplay without losing a wicket.

After Shubman Gill got out on 15, Rahul Tripathi joined Rana, and the two added 93 runs off just 50 balls for the second wicket. Tripathi hit 53 runs from just 29 balls which included five fours and two sixes.

Rana was scoring runs at a similar rate at the other end and didn't let bowlers take control in the middle overs, especially Rashid Khan - SRH's best bowler of the match, who took two wickets for just 24 runs.

After Tripathi got out, there was a bit of scare in the KKR camp as they lost both Andre Russell and Eoin Morgan fell cheaply and Rana's wicket followed soon.

Dinesh Karthik smacked 22 off just 9 in the final two overs to get Kolkata to a competitive total of 187.

Bhuvneshwar Kumar had an off day with the ball as he conceded 45 in his four overs and got one wicket, that too on the final ball of the innings.