Some brutal knocks by Glenn Maxwell and AB de Villiers in the first innings combined with a disciplined bowling performance helped Royal Challengers Bangalore(RCB) beat Kolkata Knight Riders(KKR) by 38 runs in the 10th match of IPL 2021. 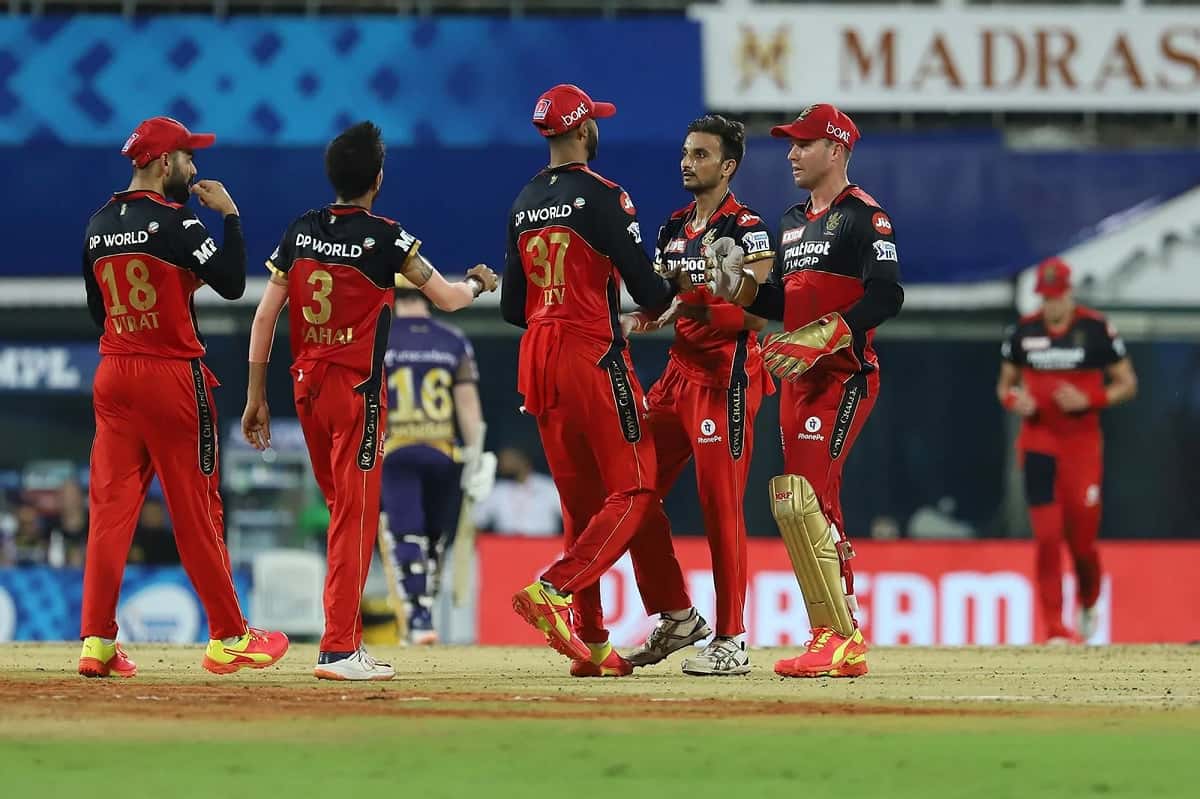 Chasing a huge target of 205, KKR never really got into the chase as they kept losing wickets at regular intervals. However, they tried to keep the required run rate in check by scoring 57 runs in the first six overs.

All the batsmen got starts but no one able to play that long innings which was required to achieve that target.

Yuzvendra Chahal finally got among the wickets as he picked two in his quota of four overs. He had figures of 2/14 in the first three overs before Andre Russell smashed 20 off his final over. However, it was too late for even Dre Russ to help his team achieve the target.

Kyle Jamieson picked three wickets in his three overs but was a little too expensive conceding 41.

Bangalore was in trouble after losing two early wickets, including that of Virat Kohli. Maxwell and Devdutt Padikkal build the innings with a crucial 86 run stand in just 58 balls to put the pressure back on KKR.

Padikkal got out after scoring 25 from 28 but then came AB de Villiers.

Maxwell was already breathing fire at the other end. The two combined 53 runs in the next 37 balls. Maxwell, who looked set score a century got out on 78 off 49 balls which included nine fours and three sixes.

De Villiers continued to smash the bowlers at the other end to take RCB past the 200 run mark. He hit 76 from just 34 balls with the help of nine fours and three sixes.

The two helped Royal Challengers Bangalore move to the top of the points table with three wins in as many matches. Kolkata Knight Riders has now lost two of its three games so far.